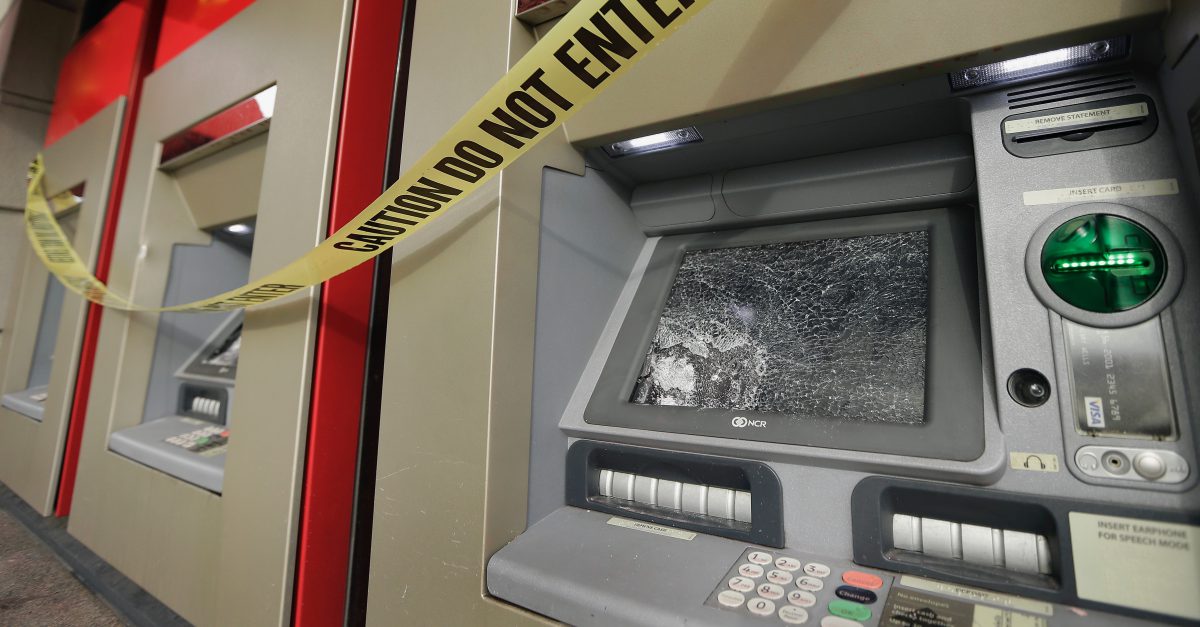 Rare media library
A Wells Fargo ATM is shut down from damage Monday, Dec. 8, 2014, the result of a violent protest Sunday night, in Berkeley, Calif. The second straight night of protests in Berkeley over police killings in Missouri and New York led to at least five arrests and left two officers with minor injuries. (AP Photo/Ben Margot)

Early Friday morning, thieves used a car to break through the bar-reinforced window of a Super Amigo food store in the Hobby Airport area and steal the ATM machine inside.

The robbery happened at around 2:30 a.m., according to the Houston Chronicle.

The damage they did can clearly be seen on a surveillance camera pointed at the storefront, which was mangled by the vehicle.

The footage was provided by Metro Video, who say there is no information on the suspects at this time.