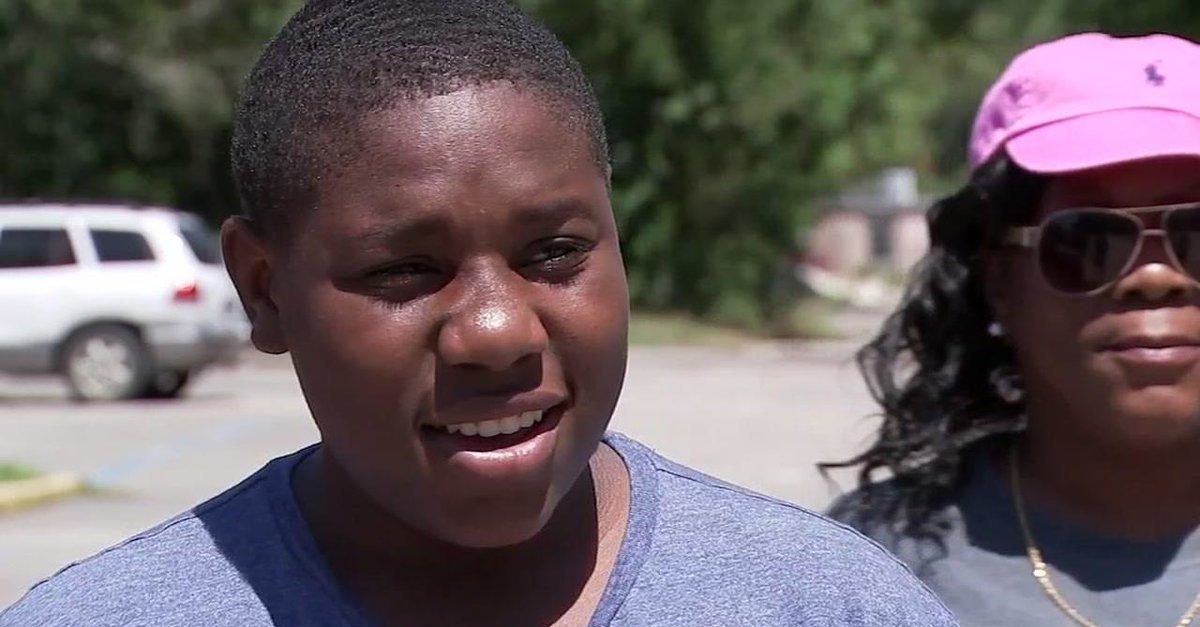 While Harvey’s floodwaters were rushing into homes, everyday heroes went out into the water to help their neighbors. While most of them had boats or a high water vehicle, one teen who wanted to help didn’t have those resources.

Rather than getting discouraged, Virgil Smith used what he had — an air mattress.

Smith, who is 13-years-old, took his air mattress out into Harvey’s flood waters to rescue 17 neighbors who had become stranded in the quickly rising flood.

Water was rising in their Dickinson apartment complex, but Virgil and his mother Lisa Wallace were able to shelter in the apartment of an upstairs neighbor. While they were safe, Smith soon got a call from a friend who wasn’t.

The friend, who lived in a neighboring complex, couldn’t swim.

“He was like, VJ, can you come help us because you know that we can’t swim,” Smith told ABC13.

Smith retrieved his family’s air mattress from his flooded apartment and swam out to save his neighbors.

Virgil and two other neighbors were able to rescue the neighbors by placing them on the air mattress and pushing it to the stairway where his mother waited to help them to safety.

After rescuing his friends, Virgil didn’t stop. He continued rescuing stranded flood victims, including an elderly woman in a wheelchair.

Wallace, his mother, told ABC13 that she relied on her faith in God when she allowed her son to go on his rescue missions.

“All I’m thinking about is I know he’s able to save. He can rescue, he can swim, and I just had faith in the Lord that everything was gonna be alright,” Wallace explained.

Houston is grateful to this Harvey hero.