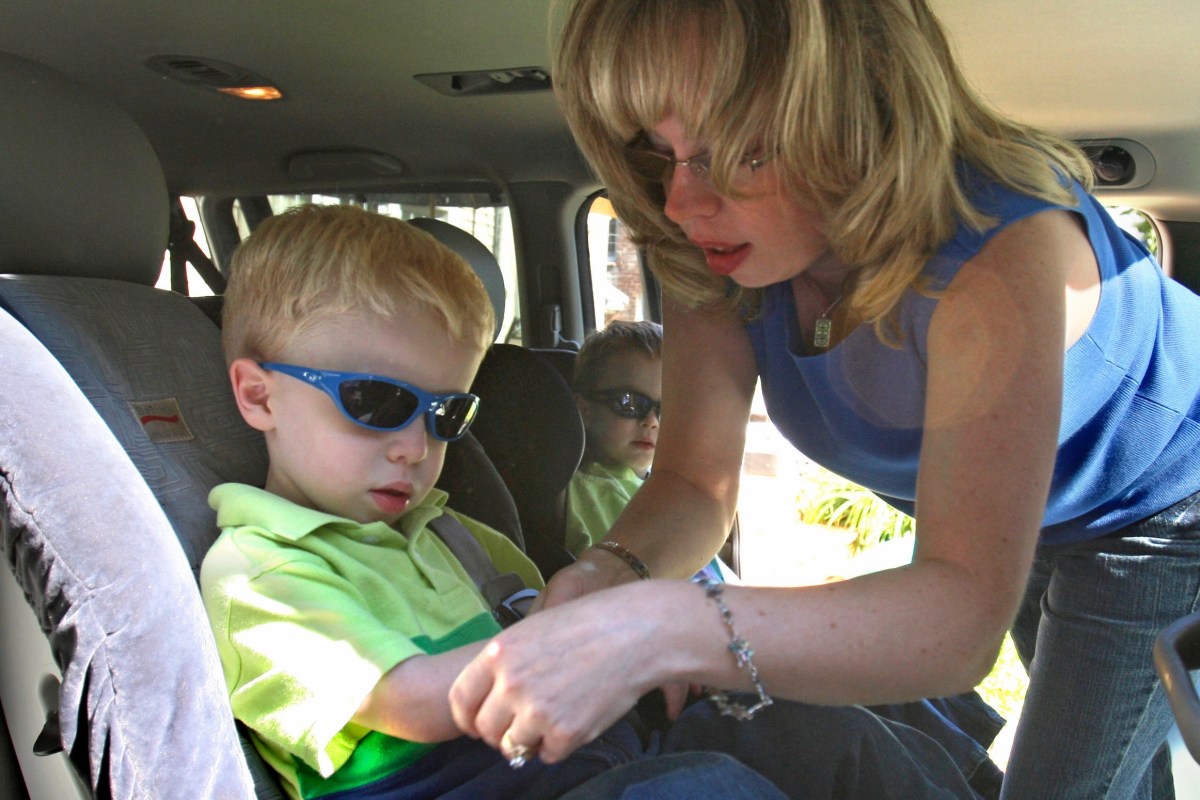 AP Photo/Carlos Osorio
** HOLD FOR STORY BY LINDSEY TANNER **Sharon Waldrop helps her son Jack in his booster seat in Royal Oak, Mich., Tuesday, July 7, 2009. Proposed limits on a painkiller as ubiquitous as pain itself have left many consumers fearful, confused and wondering where to turn for relief. The potential government crackdown on acetaminophen, Tylenol's main ingredient, would affect everyone who rely on daily doses to make their lives more bearable. Waldrop, a mother of two young boys takes Tylenol regularly for severe muscle pain. She knows about liver damage risks but says she "could not get by" with the proposed reduced doses. (AP Photo/Carlos Osorio)

Things are ever-escalating in the Houston-Dallas feud.

In this Twitter video, originally posted by Max Jr. (@MaxJr617), and then reposted by BMoore (@bdotcash), a few good Samaritans are concerned by a baby in a hot car, only to jokingly lose interest when they realize the baby is wearing a Dallas shirt.

Max Jr. is currently in Los Angeles according to his Twitter page, but BMoore made a reference to Houston, suggesting the good Samaritans were from the area, and the comments ensued:

@Bdotcash @KTXZB lmao this how they get down out there 😂😂😂😂

A twisted point, but another, nonetheless, in the ongoing tally of superiority in Texas.

However just last week, a 1-year-old died after he was left in a hot car for more than five hours.

RELATED: Yet another baby has died because a parent left him in a hot car, this time for five hours

Temperatures can rise by as much as two degrees per minute in a vehicle, and a cracked window does not help.

If you see a child trapped in a car, call 911 immediately.