Last month, a man with a predilection for looking like The Joker attempted to rob a dry-cleaners in  Sugar Land, Texas.

RELATED: Houston law enforcement vows to crackdown on crime — then this happens

But thanks to his allegiance to the crazy face paint–and the “Batman” franchise–26-year-old Christopher Fuentes was arrested on July 5.

After he threatened employees at the dry-cleaning store near 12500 Southwest Freeway on June 6, Fuentes was able to escape. But earlier this month, he wasn’t so lucky. Witnesses reported spotting a man wearing the distinctive white makeup, and cops were able to nail him.

RELATED: Police were forced to get involved when a man dressed as The Joker was spotted walking around a Virginia town

Sugar Land police think Fuentes was involved in a robbery earlier on the day of his arrest. The bizarre nature of the incidents weren’t lost on these crime-fighters.

They, er, jokingly boasted of the arrest on their Facebook page: 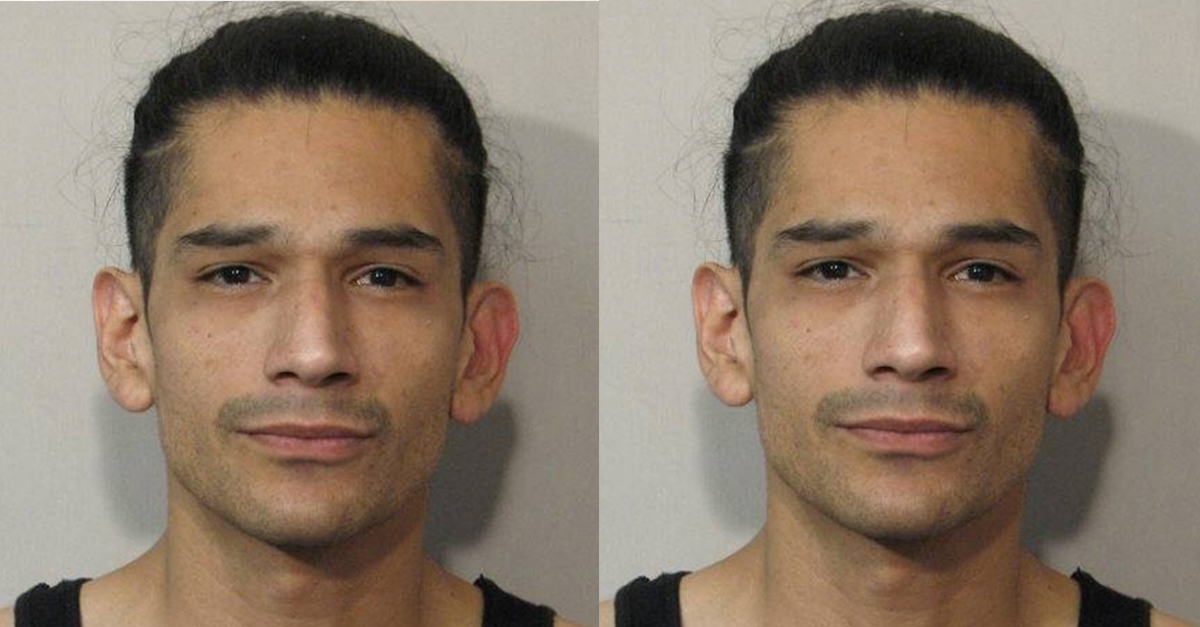