This Texas city has a pioneering approach to energy 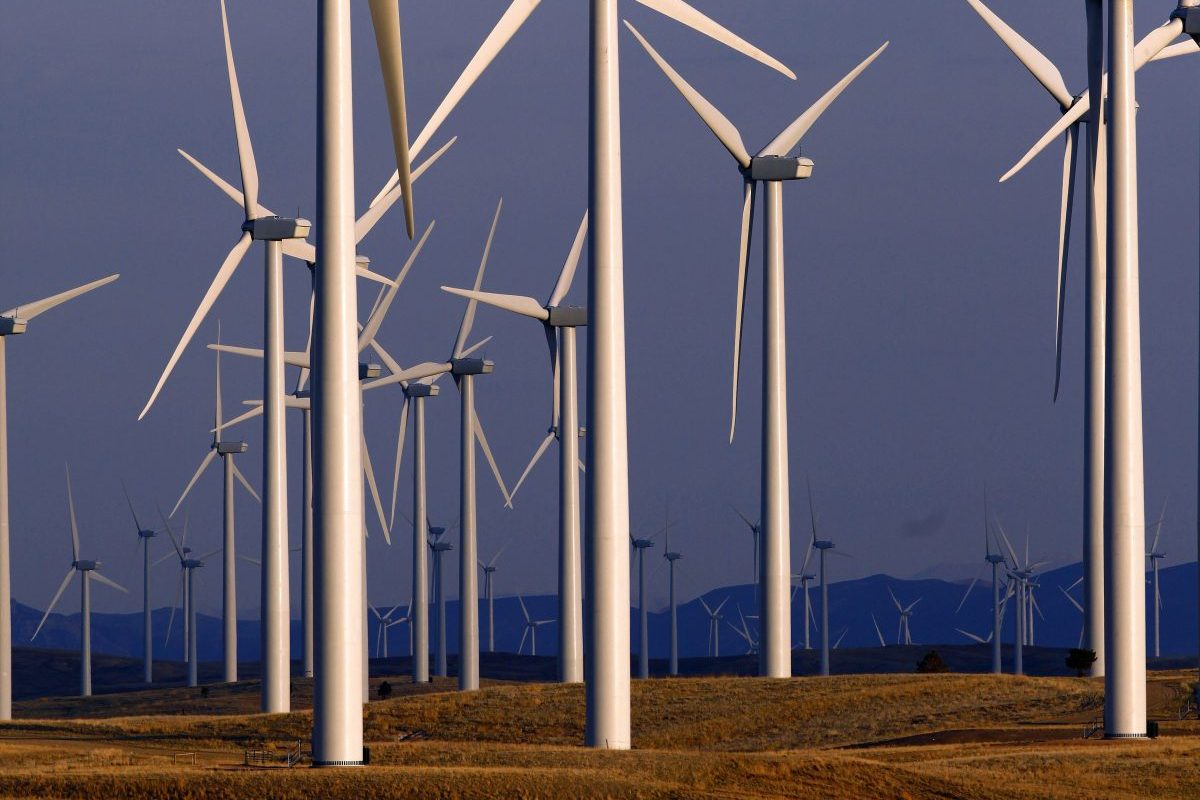 Rare media library.
A wind turbine farm owned by PacifiCorp stands near Glenrock, Wyo., Monday, May 6, 2013. Wind farms owned by the company, with clusters of turbines as tall as 30-story buildings and spinning rotors the size of jetliners, have killed at least 20 eagles in the state, according to data obtained by The Associated Press. It's the not-so-green secret of the nation's wind-energy boom: Spinning turbines are killing thousands of federally protected birds, including eagles, each year. (AP Photo/Matt Young)

Back in 2015, the city of Georgetown decided to get 100 percent of its energy from renewable sources.

Two years later, the city is still going strong, and is being regarded as a pioneer in the field of renewable energy and a model for other U.S. cities.

Since moving the city to green power, Mayor Dale Ross has appeared in documentaries for both National Geographic and HBO. Ross told the Guardian that his decision to take his city off conventional energy sources was one motivated by logic, not liberalism.

?The revolution is here,? he said in an interview. ?And I?m a good little Republican, a rightwing fiscal conservative, but when it comes to making decisions based on facts, that?s what we do.?

The cost for an energy contract was about even between the ones being offered by natural gas companies and wind and solar, but the terms of green energy contracts were much longer. Natural gas offered Ross a seven-year contract, while renewable energy companies offered 20-30 years.

Right now Georgetown gets its power from an Amarillo based wind farm, 500 miles away, which led to a gap in its 100 percent goal last year-it dropped to 90 percent of total energy provided by renewable sources.

However, it will start receiving solar power from a west-Texas solar farm slated to be finished in June, making it much easier to run the city entirely on renewable energy.

Ross himself is just as much behind the town’s headlines as its commitment to renewable energy. He’s a staunch Republican, voted for Trump and went to his inauguration, but he also thinks that the future of energy is renewables, and disagrees with Trump on coal.

?Coal is one of the most expensive forms of fossil fuels to produce. And those jobs are never going to come back, ever. They?re done,? he told the Guardian.

Other Texas cities are getting in on renewables as well, though not as completely as Georgetown. A solar farm 50 miles outside Houston provides solar power to people willing to pay a little extra for green energy. According to the Guardian, Houston is in fact the nation’s largest municipal user of green energy, despite its reputation as oil city.

?You can?t stop the technology. It?s too good, the prices are too good, and people want it,? said Jim Marston of the Environmental Defense Fund.

RELATED: You’re Wasting So Much Energy When You Do These Common Things.