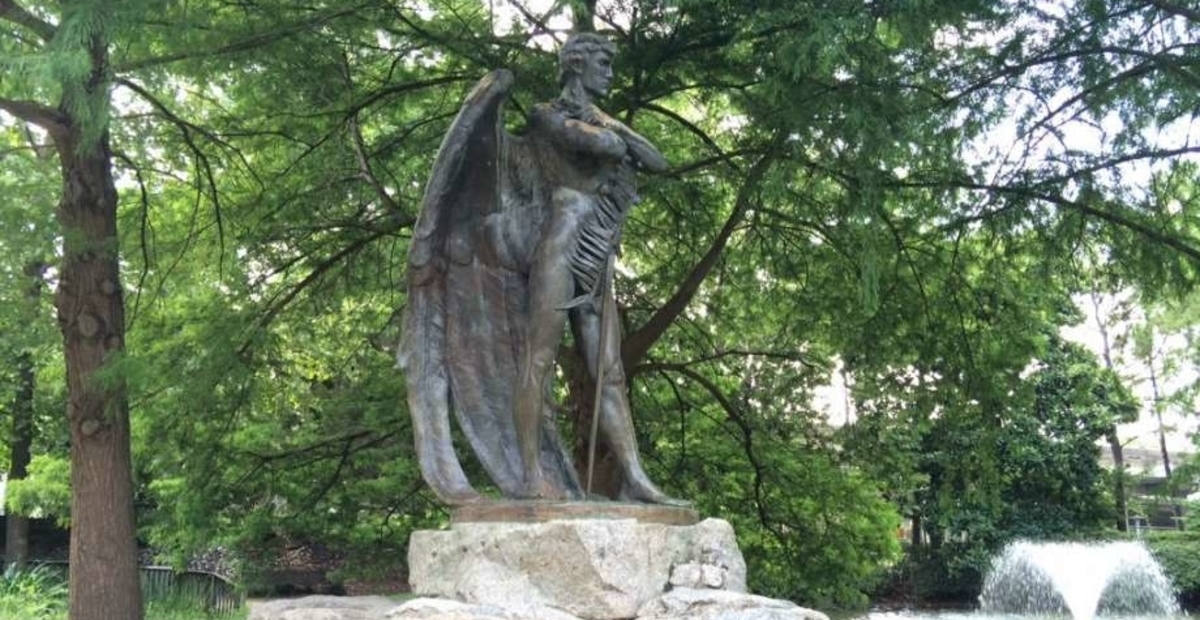 The Charlottesville protests over a statue honoring Robert E. Lee have precipitated heated debates across the nation, reaching the Houston City Council and a statue a group says celebrates Jim Crow laws, segregation, and slavery.

RELATED: Houston’s Latino chief of police speaks out against SB 4

A statue of a bronze angel standing in Sam Houston Park may seem benign at first. Titled “Spirit of the Confederacy,” the statue actually honors the veterans of the Confederate army. The angel leans on a sword, symbolizing a call to battle.

?It?s a celebration of Jim Crow, of segregation and of just a lot of terrible things,? activist Matthew Derwinski explained to KHOU.

The statue was erected by the United Daughters of the Confederacy about a century ago.

Twelve members of the community spoke at the city council meeting Tuesday insisting the statue be removed. Neither the mayor or any city council members took action on the issue.

Councilmember Jack Christie expressed concern; if the council agrees to remove “Spirit of the Confederacy,” the petitioners may target the statue of General Sam Houston in Hermann Park for removal next.

Statue critic Melanie Pang summarized the group’s position: ?At the end of the day, it?s a simple question of whether or not you believe we should celebrate things like oppression and slavery.?

The group, which calls itself the Houston Young Communist League, has an online petition at Change.org to get the statue removed from the park.  As of Tuesday night, the petition contained more than 1,000 signatures.