Houston stays Draped Up, but some drivers around town need to dial it back.

Take this week’s DUD motorist, for instance, caught on dashcam footage and shared by SamtheSammich on YouTube.

Nothing too serious, especially given the ferocious nature of day-to-day Houston traffic, but the Toyota culprit looks like he’s in no hurry to make his way over and check on the BMW 4 Series that took the hit.

Hopefully this didn’t amount to a hit and run, but Mr. Sammich said he would be willing to share the footage on Reddit.

RELATED: This week’s Draped Up Driver goes to an unmarked police car passing traffic in the HOV lane

Sam isn’t only a proactive driver recording the roadway; he’s also a DJ, setting the score for the footage to Micky Friedmann’s NYC Pride 2016 Masterbeat – “WE,” which you can listen to in full here.

Stay safe out there, Houston, and check back here for more DUDs! 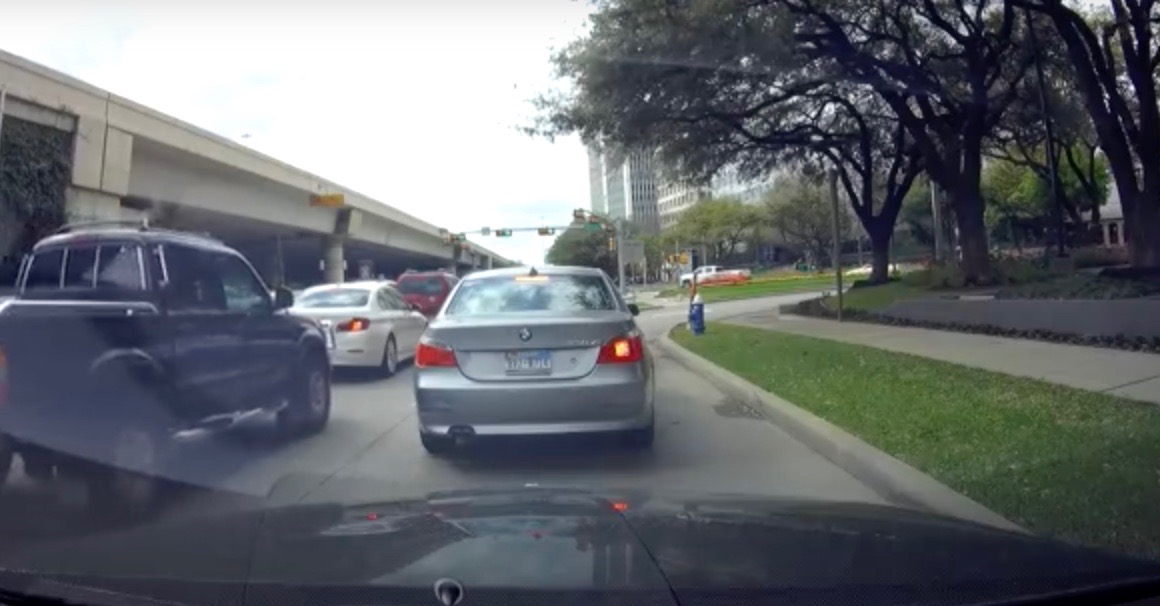