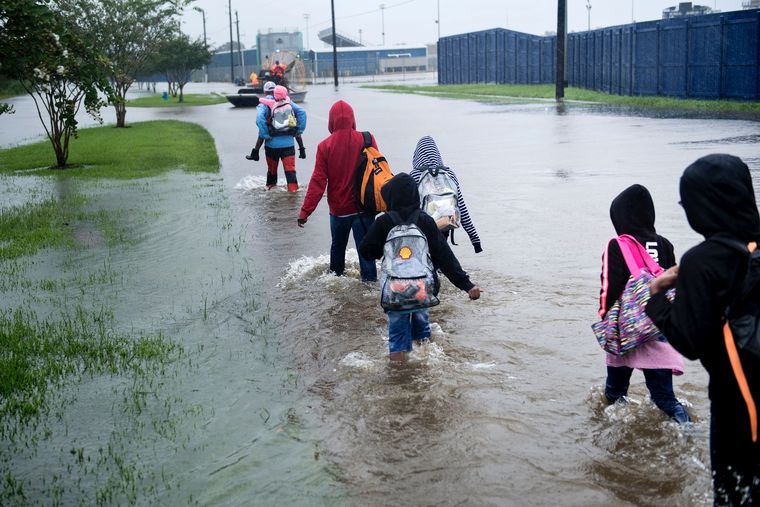 A Houston TV station conducted the survey and reported 22,208 are still living in temporary housing, hotel rooms or in homeless shelters after losing their homes in the most expensive natural disaster in U.S. history.

According to the survey, several districts have sizable student populations with students now classified as homeless.

At least three districts in northeastern Harris County reporting up to five percent homeless students. Dickinson ISD, southeast of Houston, reported up to ten percent of its students have lost their homes, and more than 2,000 students were left homeless in districts ranging from Houston to Pasadena to Katy.

The displacement of so many students could have a ripple effect for years to come, according to educators.

Bob Sanborn, president and CEO of Children at Risk, a Houston-based education non-profit group, told the TV station, “This is something that could indeed affect this whole generation. This Harvey generation of kids are going to be kids that struggle just a little bit more.”

The ripple effect will not leave teachers and staff members at the affected schools untouched.

“I think the main thing, I worry about (the students) losing hope that, ‘Will we be able to rebuild?’” said Emily Cruz, a guidance counselor at Pasadena ISD. “Can we get back on our feet? Will things ever be the same?”

Students and their families may be forced to deal with their situation for at least several more months, according to experts. Mary Comerio, an architecture professor at the University of California Berkeley who specializes in disaster recovery, told a Houston newspaper the recovery process is often “very difficult and slow.”

“In all cases, it will be way slower than you want it to be, and it will be years, not months.”