Tillman Fertitta, Galveston billionaire and new owner of the Houston Rockets, is a hospitality giant.

RELATED: Tillman Fertitta just paid an astronomical sum to get on Houston’s Rockets

The Golden Nugget hotel and casino owner-business mogul received word shortly after the Las Vegas shooting an employee was killed in the attack.

In an interview, Fertitta spoke to Fox News regarding the employee, father of four children, slain along with nearly 60 other victims:

“A 31-year-old employee from Mastro’s [steakhouse at the hotel] was killed at the concert,” Fertitta said during the segment. “So we’ll do an internal, company-wide fundraiser to help his family, in addition to doing everything we can do for Mandalay Bay and first responders.”

Fertitta is currently coordinating with his staff at the Golden Nugget to offer free meals for first responders, as well as organizing a blood drive.

Meanwhile, a Woodlands woman told KHOU she hid underneath the stage during the shooting.

Marlena Hedine was at the Harvest Festival concert with girlfriends; she avoided injury thanks to her proximity to the stage, but the structure couldn’t shield her from the terrifying scene:
RELATED: He added a surcharge to one of his restaurant’s bills, but Tillman Fertitta quickly paid for the move himself
“I just ran underneath the stage,” said Hedine, a mother of two young girls. “I knew it was concrete and it would be safest place around me. People were shot around me just laying there crying and I called my dad as soon I was down.”
This is a developing story. 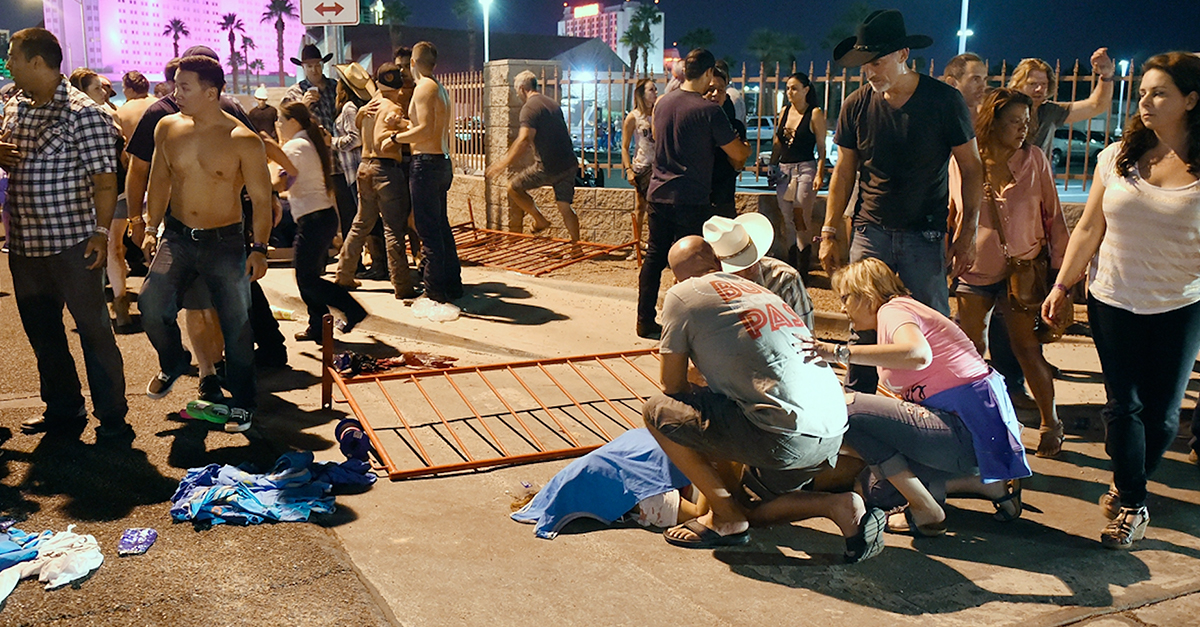