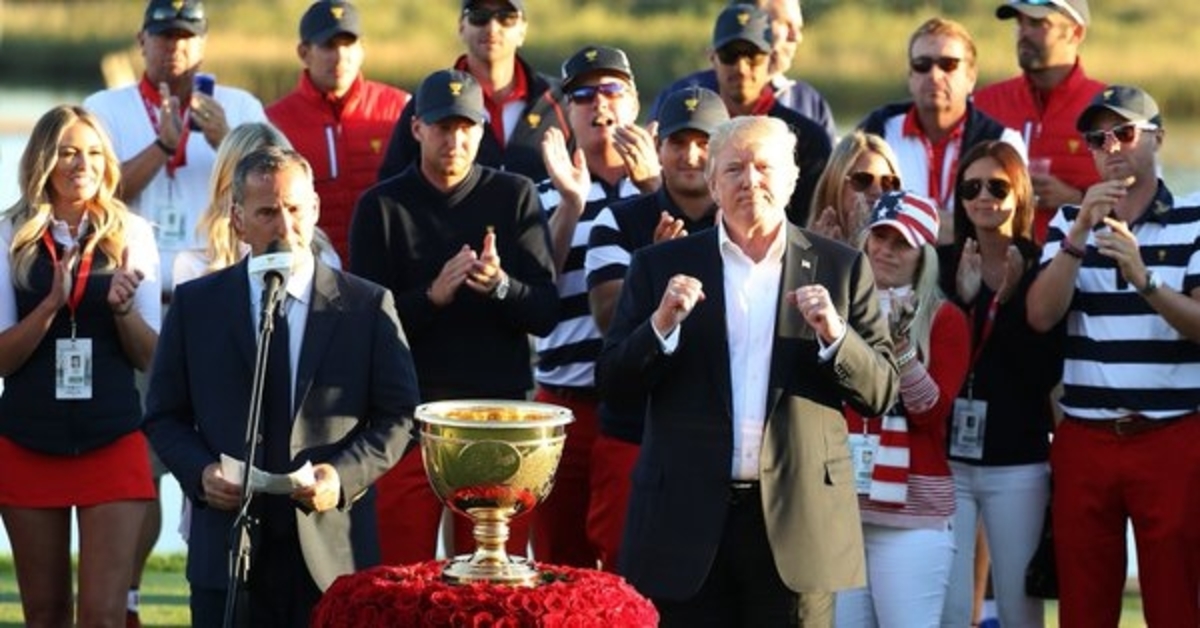 As the President’s Cup golf tournament concluded in New Jersey this weekend, Trump was on-site to award a massive gold trophy to the winners. In his presentation speech, however, he also gave the trophy to survivors of Hurricanes Harvey, Irma and Maria.

As Texas and Florida start to rebuild, Puerto Rico is struggling due to lacking resources. Critics are starting to call the dwindling situation in the U.S. territory a “humanitarian crisis.”

The United States is still reeling from the devastating storms — but now we have this trophy for our troubles.

Trump was the first sitting president to attend the tournament on its final day. Serving as the honorary chairmen of the event, Trump wanted to be the one to hand the trophy to the U.S. team captain Steve Stricker.

In his speech, Trump recognized the heartache caused by the hurricanes, but interrupted his thoughts to say that things are under control:

“On behalf of all of the people of Texas, and all of the people ? if you look today and see what is happening, how horrible it is but we have it under really great control ? Puerto Rico and the people of Florida who have really suffered over this last short period of time with the hurricanes, I want to just remember them.  And we’re going to dedicate this trophy to all of those people that went through so much that we love ? a part of our great state, really part of our great nation.”

While Trump dedicated the golf trophy to all hurricane victims, he clearly meant Texas more because he said the Lone Star State first — and set apart from the others.