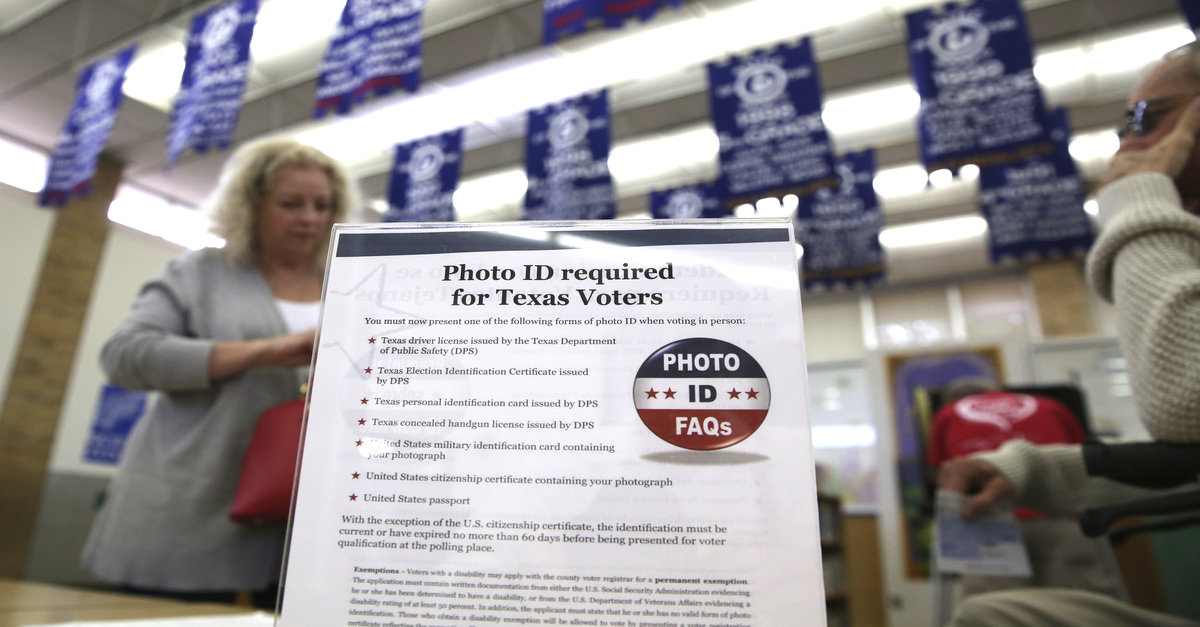 AP Photo/LM Otero, File
FILE - In this March 1, 2016, file photo, a sign tells voters of voter ID requirements before participating in the primary election at Sherrod Elementary school in Arlington, Texas. A Mexican national sentenced to eight years in prison for voter fraud in Texas says she was wrongly used by authorities as an example of fraud. Rosa Maria Ortega, who was brought to Texas as an infant, says she held a green card and always believed she was allowed to vote. (AP Photo/LM Otero, File)

According to reports, Texas’ voter ID law is no longer under fire from the federal government.

In a complete turnaround from the Obama Administration’s attempts since 2013, President Trump’s DOJ will soon withdraw the pending action to challenge our state law that requires voters to show one of seven approved forms of ID in order to cast a ballot.

Last July, the U.S. Court of Appeals’ Fifth Circuit ruled that the requirements were racially discriminatory and could have left over half a million voters unable to vote.

Ahead of the election in November as ordered, the law was changed to accommodate people without a driver’s license or other qualifying ID by allowing them to sign a statement declaring their intent to eventually get one.

Texas was in the process of appealing the Fifth Circuit’s ruling and ordered changed, but the Supreme Court denied the petition earlier this year.

The DOJ’s choice to drop its opposition to the voter ID law follows the appointment and confirmation of the newest Attorney General from Tennessee, Jeff Sessions.