Menu
Follow us
Search
Menu
Search
Colton Harris-Moore, who is also known as the "Barefoot Bandit," folds his hands in a Skagit County Superior Courtroom, Wednesday, May 8, 2013, in Mount Vernon, Wash. Harris-Moore pleaded guilty Wednesday to a burglary charge for stealing an airplane and flying it to Orcas Island, Wash., but as part of a plea deal with Skagit County Prosecutor Rich Weyrich, the 22-year-old was sentenced to three months he’s already spent in jail and he will return to serving his seven-year prison sentence for other crimes. (AP Photo/Ted S. Warren)

RELATED: A Wyoming man serving 7 years for robbery faces 40 more after trying to buy a hit on his own parents

The prominent veterinarian and “failed-doctor” boyfriend, respectively, solicited and paid $20,000 to the staged hit man for hire. The police were working with the targeted exes ahead of the foiled pan, going as far to pose photos of the two dead.

McDaniel and Jacob eventually showed some remorse for their intended crimes, with the two not being able to look at the fake photos of the “slain” former lovers for long, and Jacob getting queasy after seeing his ex-girlfriend bound, gagged, and doused in bloody makeup.

At this time, the motives have not been disclosed, but police records show Jacob was previously arrested for stalking his ex, and his new veterinarian girlfriend allegedly owes $1.3 million as part of a divorce settlement. Jacob was denied bail, but McDaniel’s was set at $50,000.

Perhaps if the two had done their research, they would have discovered Houston’s failed past with hit men, such as the case of Pom Pom Mom Wanda Holloway, who was arrested in 1991 for hiring a hit man to secure her daughter’s place on the cheer squad.

Cheerleading is life and death in Texas, and Holloway was willing to do anything for her daughter to lead cheers at Alice Johnson Jr. High School in Channelview, including killing the mother of her daughter’s rival and biggest competition on the team to knock her off her game ahead of tryouts.

The deranged mother was ultimately betrayed by her brother-in-law, who went to the police after she asked for his help with the plan, which led to her arrest and charge for soliciting capital murder.

Holloway was originally sentenced to 14 years, but a mistrial was declared due to juror cocaine issues, and she only had to serve six months of the 10-year sentence she received as part of the retrial.

It’s been over a decade since Lifetime made a movie about the whole cheery situation, so the timing may be right for the fate of Jacob and McDaniel to continue on the same track as Holloway. 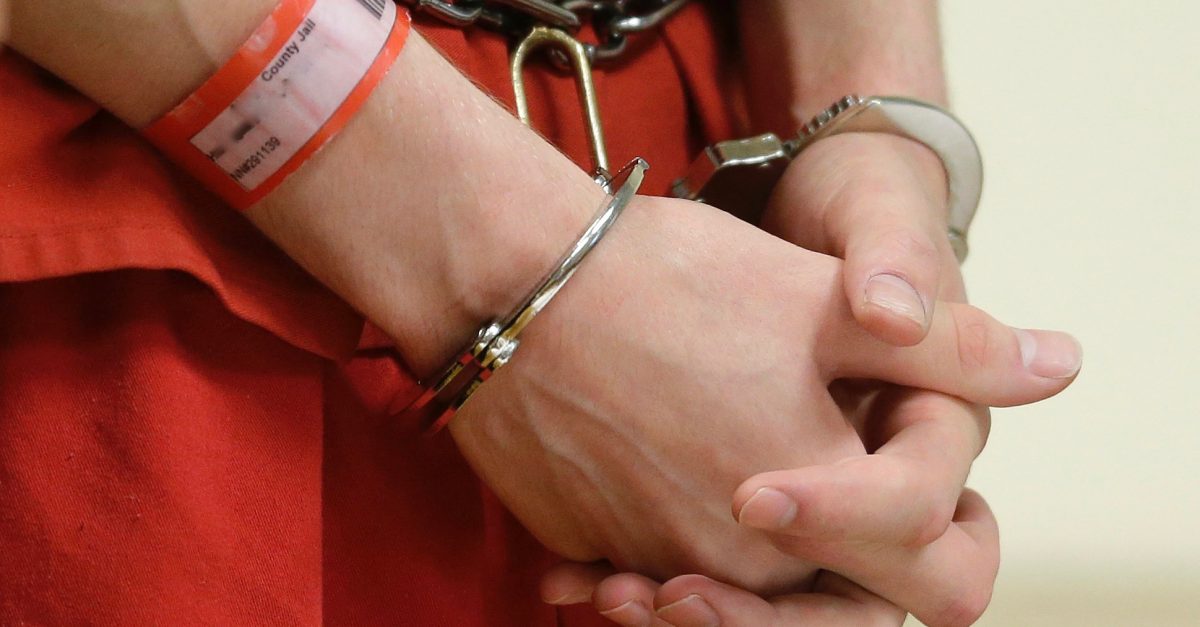