What is known is the two men escaped, and now K9 dogs, along with their human counterparts, are on the hunt.

Vehicle pursuit has ended in north Houston, near Cypress Station. A foot search in ongoing at this time. #HouNews

Police say suspects crashed into a fence in the 700 block of Sandy Run, near the Rock Creek Apartments. They then jumped out of the vehicle and disappeared into the neighborhood.

RELATED: A weekend police chase ended with two dead in a fiery crash, and officers are shaken after the incident

Currently, the men are still at large.

If you have any information on the incident, please contact Crime Stoppers at (713) 521-4600 or contact your local police. 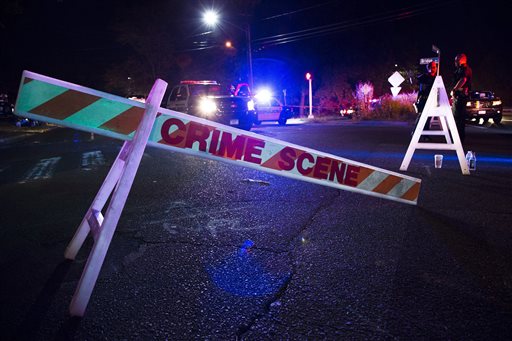