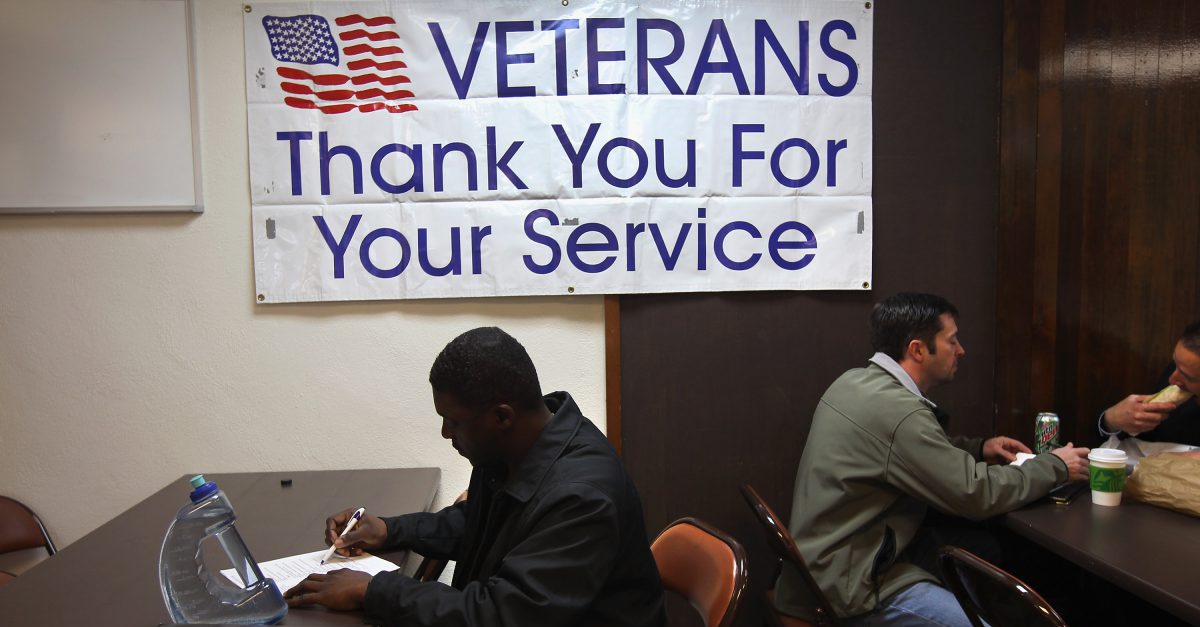 Photo by John Moore/Getty Images
GOLDEN, CO - MAY 24: Unemployed U.S. Air Force veteran Tracy McConner, 45, registers at the Military and Veterans Employment Expo on May 24, 2011 in Golden, Colorado. The event was aimed to help combat the high unemployment rate among veterans and members of the National Guard and Reserve. The expo included workshops on preparing for interviews, how to make positive first impressions, resume writing for private and federal sectors and effective networking and job search skills. The three-day event was organized by the U.S. Department of Labor, the Employer Support of the Guard and Reserve and the Jefferson County Workforce Center. (Photo by John Moore/Getty Images)

Veterans living in and around Houston are reportedly receiving a business boost from local investors, as well as a start-up incubator, which opened shop in the Bayou City in 2015.

According to its website, Bunker Labs is a non-profit organization specializing in helping veterans, active duty military personnel and military spouses open and grow their own businesses.

Though it’s a national organization, their business model involves opening local chapters to provide better access for individuals it serves.

A reported 25 percent of service members want to open their own business when they leave the military.

As part of their Houston location, they’re offering Bunker Brews, which their website describes as a meetup spot reoccuring happy hour, where members of the military community can network with each other and business experts to do just that.

Working to boost awareness of their services in the Bayou City, Bunker Labs is scheduled to host a launch event Tuesday, Jan. 23 from 4:00 p.m. to 7:00 p.m. at Station Houston, located at 1301 Fannin Street.

The lineup reportedly includes speakers, including past winners of Rice University’s Veterans Business Battle, which awards up to $2.5 million in investments to competing veteran-run businesses.

If you’re a member of the military community and need money for your startup, you can enter the 2018 Veterans Business Battle scheduled to take place April 13 and 14.

Good luck, and thank you for your service!