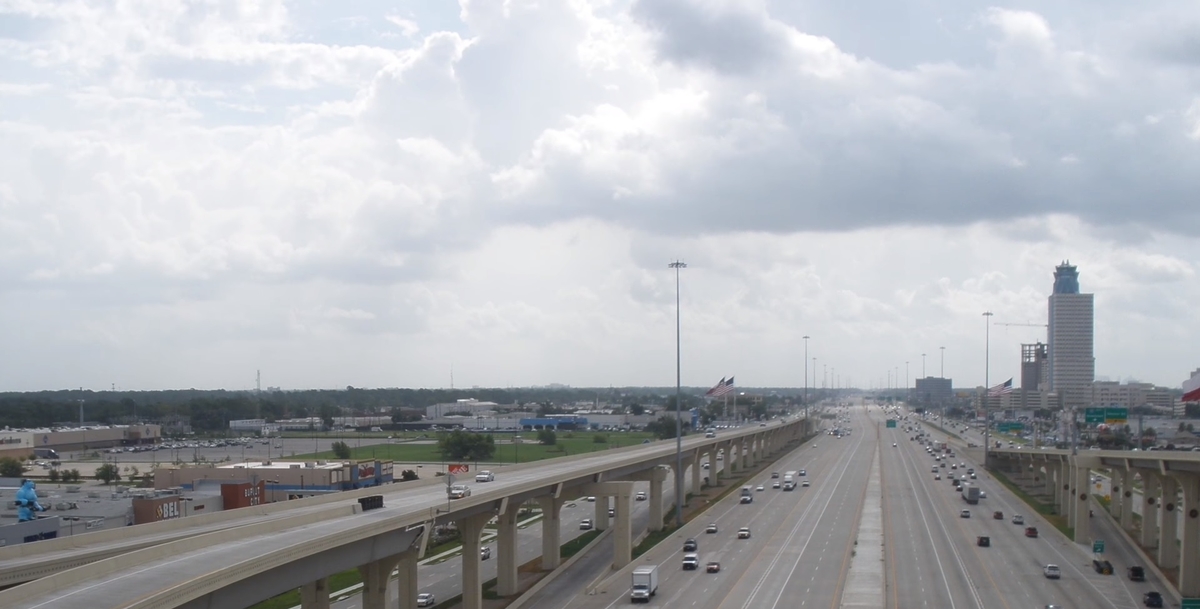 Wendover Productions released a video this week that they claim will fix traffic problems forever, pointing to Houston as an example of traffic gone wrong.

Anyone who’s driven on Houston’s freeways knows that it can be an ordeal, so we were eager to see what solutions they had to offer.

According to the video, Katy Freeway was declared the second most congested roadway in 2004, hogging up 25.4 million hours – or 36 lifetimes – of drivers’ lives.

RELATED: TxDOT finally reveals details about the I-45 project

To solve the congestion issue, transportation planners designed an all new, expanded roadway that increased the number of lanes to 28, which would hopefully accommodate more vehicles and speed up traffic times.

Unfortunately, more lanes translated to more cars traveling over the same space, so travel times still increased by up to 55 percent between 2011 and 2014.

According to the video, transportation planners chose a bum method of fixing traffic, but they have some better solutions.

Solution number one is ramp meters, which limit the number of cars that can enter the highway. Since new additions to traffic are spaced out, traffic is able to flow freely.

Since Houston drivers are known for the patience and safe merging habits, this sounds like a totally workable solution for commuters, who will calmly wait their turn to enter the highway.

The city of Stockholm is used as an example of how charging citizens to access central locations is great for reducing traffic because those who can’t or don’t want to pay must find an alternative means of reaching their destination, such as public transit or another route.

As unpalatable as intentionally preventing lower income people from accessing popular areas so that people who can afford to pay can get there quicker is, it’s also relevant to point out that Houston’s limited and often expensive parking is already driving people to consider these other options, yet traffic continues to be an issue.

Solution number three is roundabouts, which you can already find in Houston’s popular Hermann Park area.

As anyone who has ever driven in Hermann park knows, there is never any traffic congestion or wait times in that area. Drivers can just whip in and out, happily making it to their destinations.

If only they could install a roundabout on I-45. It would be so much safer and easier to navigate.

The only promising solution offered is the diverging diamond interchange, which allows vehicles to enter highways without crossing lanes. More cars can enter the highway safely, though they also require infrastructure investments, which are often in short supply.

We’re sure that the city’s transportation planners are bopping themselves on their heads, cursing their lack of foresight at missing out on these great opportunities to fix the freeways.