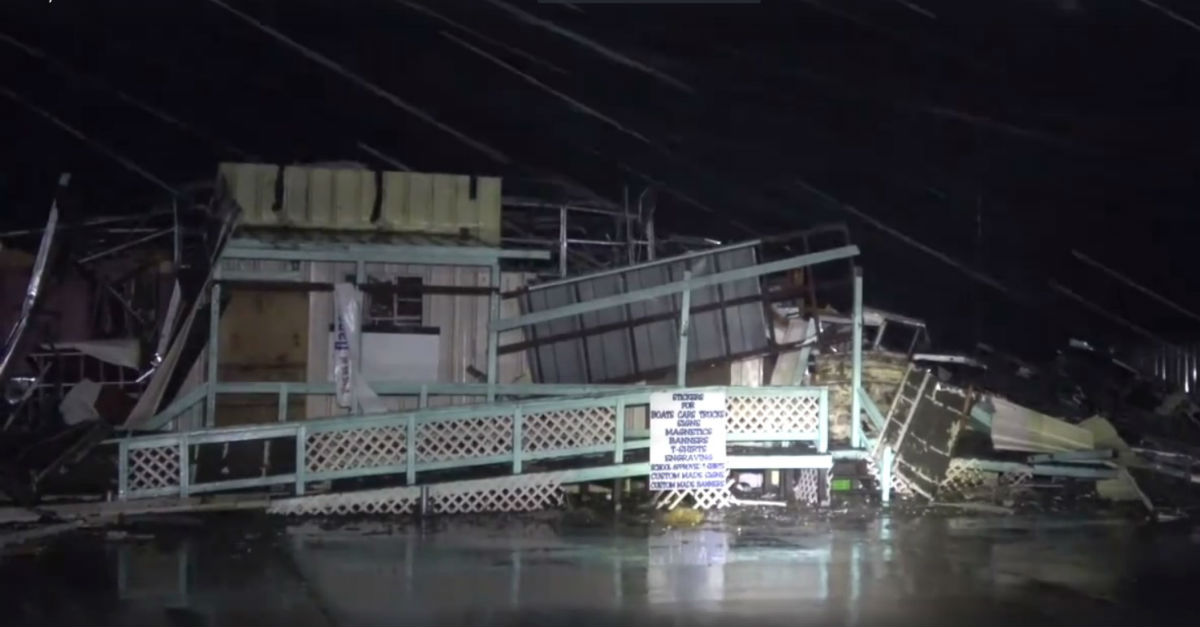 Hurricane Harvey left a path of destruction in its wake after making landfall in Corpus Christi, Texas, around 10 p.m.

RELATED: Babies Evacuated as Precaution Ahead of Harvey

WATCH: Video appears to show the roof of a hotel ripped off during Harvey (via @ShelbyShaw2) pic.twitter.com/3XgRg6ijqZ

At least three homes have been destroyed after a massive fire broke out on Bolivar Peninsula late Friday night. STORY: http://bit.ly/2wxlkoL

U.S. Coast Guard rescues four boaters off the coast of Port Aransas, TX, an area in the path of #Harvey. https://t.co/Chn96PeBX0 pic.twitter.com/BvhhOZqk6x

Posted by The Weather Channel on Saturday, August 26, 2017

The storm was downgraded to a tropical storm after making landfall as a Category 4.

One death is confirmed in Rockport, which sits just northeast of Corpus Christi. Roy Laird, assistant fire chief with the Rockport Volunteer Fire Department, reported that the number was up to three.