Menu
Follow us
Search
Menu
Search
The Dallas Cowboys, led by owner Jerry Jones, center, take a knee prior to the national anthem prior to an NFL football game against the Arizona Cardinals, Monday, Sept. 25, 2017, in Glendale, Ariz. (AP Photo/Matt York)

As “The Star Spangled Banner” was performed, players stood arm-in-arm on the sidelines prior to Sunday’s game against the New England Patriots.

They were joined by Cal McNair, the Pats’ chief operating officer and son of owner Bob McNair.

Another instance of management and players joining together in silent protest occurred in London, England, as the Baltimore Ravens prepared to face the Jacksonville Jaguars.

Ravens players knelt on the sidelines during the national anthem while Jaguars players stood arm-in-arm with team owner Shahid Khan.

The league-wide protests are, most recently, specifically, in response to remarks made by President Trump at a campaign rally last week for Alabama Republican Senate candidate Luther Strange.

During his speech, the President brought up former San Francisco 49ers quarterback Colin Kaepernick’s silent protest of police brutality against African-Americans by kneeling during the anthem last season.

This season, dozens of other players joined in his protest movement.

“Wouldn’t you love to see one of these NFL owners, when somebody disrespects our flag, to say, ‘Get that son of a bitch off the field right now. Out! He’s fired. He’s fired!’” the President said at the rally.

Many Houstonians would agree Jones has been a son of a bitch his entire life, but the Texans may not be the only Bayou City team to come out with a response to the President’s remarks.

Rockets point guard Chris Paul, who is also the president of the NBA players’ union, told a local newspaper the players may stage their own form of protest.

On Sunday, Paul tweeted a more direct and personal response: 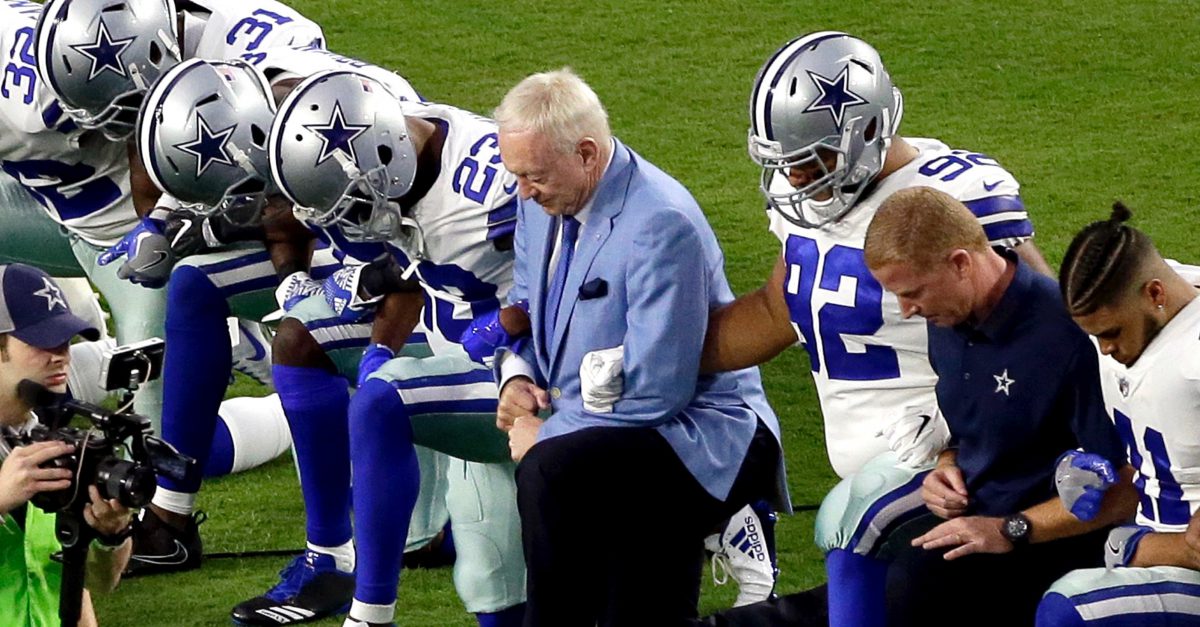