When two teens were diagnosed with life threatening diseases, Houstonians stepped up to make a difference in their final days 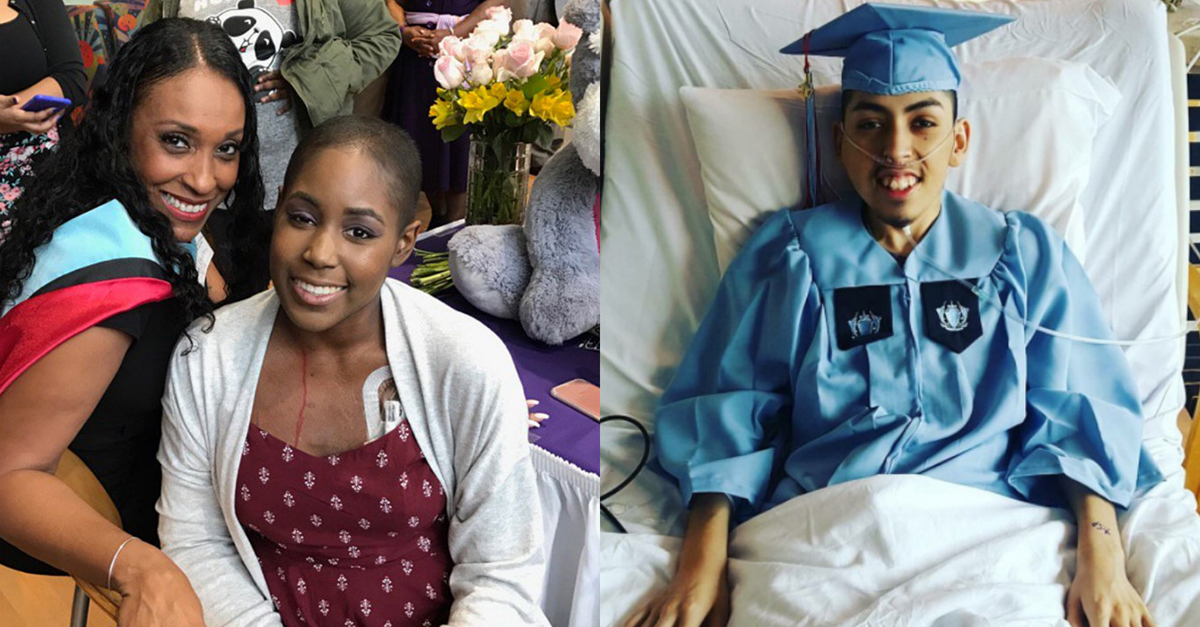 The stories of two Houston high schoolers? battles with cancer are changing the Houston community.

Despite the tragic diagnoses, the teens? resiliency has inspired tremendous acts of selflessness to honor their courage and impactful legacy.

RELATED: The president of one of the nation?s leading cancer centers resigned this week ? here?s what you need to know

Most recently, students from Alief Hastings High School rallied around their classmate, Ebony Banks, whose rare form of cancer had progressed to stage four. The school district honored Banks with an early graduation ceremony, but a diploma was not the only thing she received on the special day.

As part of a unique graduation present, friends and classmates came up with a hashtag to get the attention of Banks? idol in hopes that the two would be able to meet face to face: #EBOBMEETSBEYONCE

i love eb so much man , really just want the best for my boo #ebobmeetsbeyonce ❤️🤞🏽

The tag went viral, and, last Wednesday, Houston?s own Beyoncé made a very special call to the terminal teen:

Beyoncé facetiming with Ebony, a fan with a rare cancer disease whose last wish was to see Beyoncé. ❤️️💙 pic.twitter.com/pCkGzF4feZ

Unfortunately, she was not alone in her fight, and countless other teens receive cancer news each day, including Erick Reyes ? a 19-year-old who battled a serious and uncommon type of bone cancer for over two years.

While in hospice care, Reyes was honored with a special graduation ceremony by HISD earlier this month after the senior was unable to return to Madison High School to finish the school year.

Throughout his ordeal, he remained optimistic and committed in his faith to God:

“Because of Him, I am still here celebrating a very special moment,? Reyes said in an interview. ?Not only with my friends and family but with my school, which I consider family as well.?

✨A candlelight vigil, for Erick Reyes, will be held tonight at Hobby Elem. at 7pm. Erick lost his battle with bone cancer on 3/23/17. pic.twitter.com/2EYVdvUa8v

RIP to my boy Erick Reyes 🙏🏼

However, the memory of his spirit lives on, and, because his insurance was cancelled earlier this year due to a legal status issue, there?s still a chance for you to make a difference:

?Don’t know what the plan is yet. I have a lot of faith and I know Im going to be good again,? Reyes wrote on his GoFundMe page in January. ?The battle continues but so do the expenses. Help me and my family fight this battle together. Anything helps. GOD BLESS YOU ALL. ??

RELATED: More and more millennials are being diagnosed with a cancer typically only seen in older people

Cancer affects us all, but you?re never alone in Houston. May Ebony and Erick rest in peace.