While biking along a popular trail, a Houston cyclist was caught in a man-made trap that left him bloodied 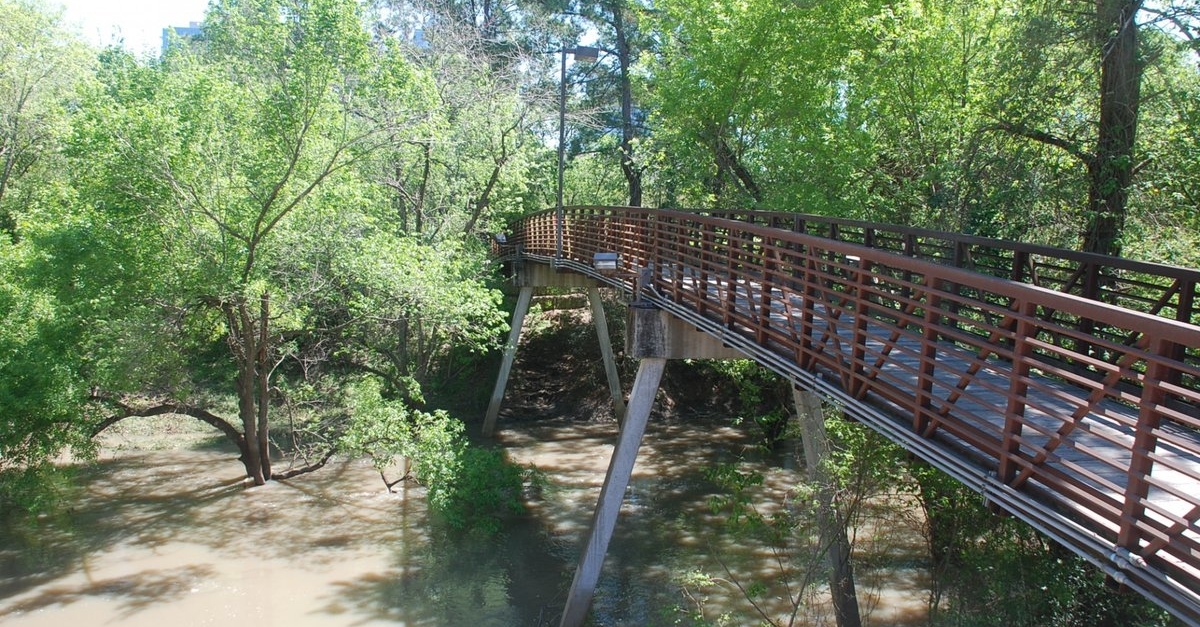 A popular biking trail had one local cyclist crying foul after he says he was snarled in a man-made trap.

West Houston’s Terry Hershey Park is home to the “Ant Hills,” a collection of unpaved biking trails that allow cyclists to ride on natural terrain and experience nature in its purist form.

Jeremy Paquette is an experienced mountain biker who feels at home on Houston’s biking trails.

Since Paquette has been coming to the park for over two years, he never expected what happened this week. As he came down the trail, he saw an obstacle in his path. Up ahead, thorny vines were strung across the path, high enough so that it formed a “clothesline” trap.

Pacquette tried to brake, but he was going too fast to stop.

He hit the thorny vines at nearly full speed. The thorns cut into his flesh, leaving him bloodied and scarred on his forehead.

Paquette believes that the height of the vines and how strongly they were tied prove that it was a man-made trap.

?I?m still really shocked that someone would do this, knowing that it could be anyone,? Paquette told KHOU.

RELATED: Officials are warning teens that jumping from the Lake Woodlands bridge is dangerous

After Paquette posted about the incident on Facebook, another area cyclist contacted him to tell him that the same thing happened to him the day before in the same location.

Police are investigating the incident as an intentional assault, saying that they believe that it could result from conflict between walkers and cyclists who share the popular trail.