Menu
Follow us
Search
Menu
Search
SKOKIE, IL - APRIL 19: Neo-Nazi protestors organized by the National Socialist Movement demonstrate near where the grand opening ceremonies were held for the Illinois Holocaust Museum & Education Center April 19, 2009 in Skokie, Illinois. About 20 protestors greeted those who left the event with white power salutes and chants. (Photo by Scott Olson/Getty Images)

The Houston Anarchist Book Fair turned tense between event organizers and a group of white supremacists.

The book fair was held last Sunday at the MECA community center near downtown Houston to promote anarchist and anti-authoritarian demonstrations across the state, as well as to give individuals and groups a chance to network and compare notes on their various projects.

According to Houston Press, one of the event’s organizers, Kit O’Connell, was teaching a class facetiously entitled “Punching Nazis,” a guide on how to resist encroaching fascism. About a half-hour into the class, a group of about 30 men gathered outside the community center and held up a banner for a white supremacist website with the slogan, “For Race and Nation.”

The men, wearing white polo shirts, khaki pants, and bandannas over their faces, tried to force their way into the building. Attendees blocked their entrance by holding the doors shut. The men then tried to call O’Connell and other group members into the street to start a fight, but O’Connell refused.

O’Connell and other attendees prepared for a violent confrontation by breaking all the broom and mop handles they could find to use as weapons.

“Our first priority was to defend the community center,” O’Connell told a the Press.

The outside group lit flares and chanted racist slogans at the attendees. After 20 minutes, the outside group drove off. According to O’Connell, a police cruiser was parked nearby, but officers did not intervene in the confrontation.

RELATED: A live TV interview in Charlottesville went off the rails when a white supremacist ranted profanely on the air

The “uniform” of white polo shirts and khaki pants, often accompanied by a red baseball cap, was also seen at protests in Houston over the potential removal of the statue of Sam Houston from Hermann Park, as well as the protests in Charlottesville, Virginia, in August, which led to the death of one counter-protestor after an alleged white supremacist ran over her with his car. 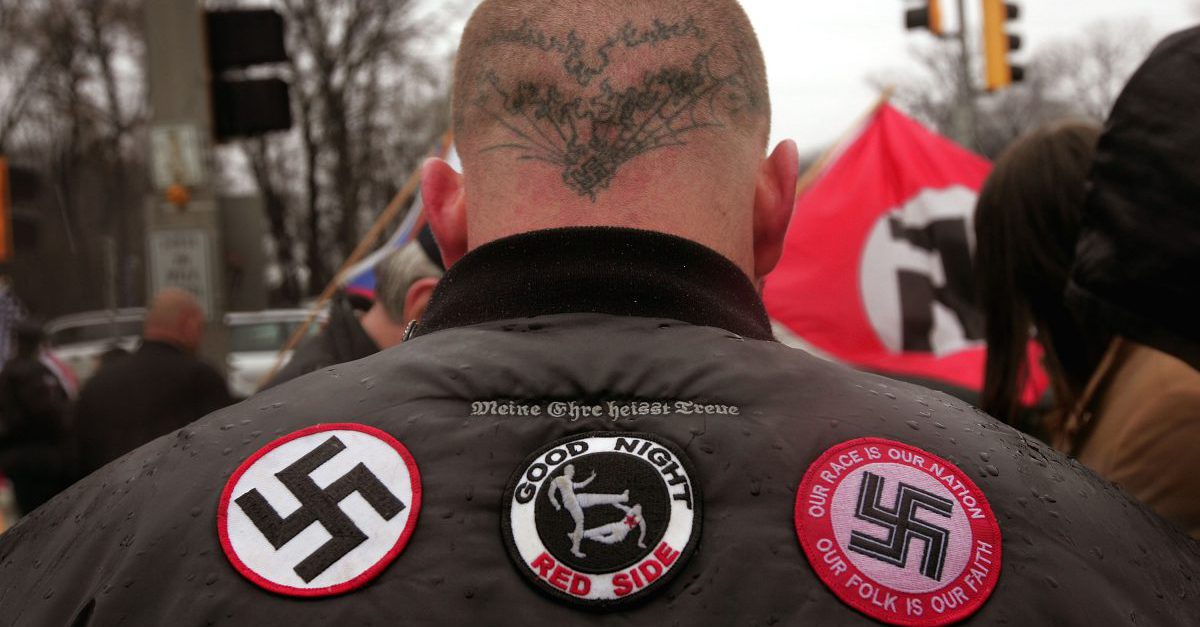