Who knew the legendary Glen Campbell got his musical start in Houston? 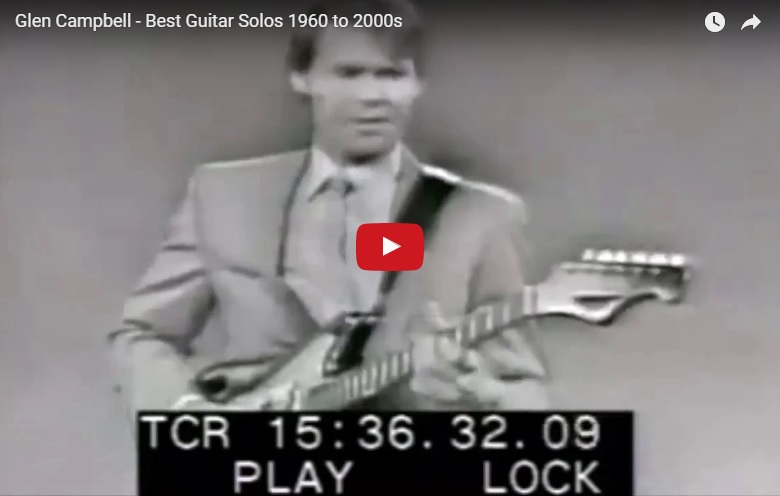 Glen Campbell, whose musical career spanned six decades and multiple genres, passed away earlier on this week on Aug. 8 at age 81. In 2011, Campbell announced he had been diagnosed with Alzheimer’s disease. Even as the disease progressed, he continued to record in his studio and play to sold-out crowds across the country.

Although he was born in a small town in Arkansas, Campbell moved to Houston as a teenager to work along with his brothers in their construction business. He started his musical career playing in local fairs, on radio shows, and in nightclubs in and around Houston. He moved to Albuquerque, New Mexico at age 17 and started his own band at age 21.

RELATED: Chester Bennington’s longtime bandmate shared a note with fans one week after his friend’s death

Prior to launching his solo recording career, Campbell was a legendary session guitar player. His smooth guitar skills can be heard on recordings ranging from the Beach Boys’ “Good Vibrations” to Elvis Presley’s “Viva Las Vegas” to Frank Sinatra’s “Something in the Night.”

Campbell had his first number one hit on the U.S. Country Charts with “I Wanna Live” in 1967. The following year, he would reach the top of both the country and adult contemporary charts with “Wichita Lineman,” which would go on to be one of his trademark songs. He would repeat that feat in 1969 with “Galveston.”

His biggest hit, 1975’s “Rhinestone Cowboy,” would reach the top of the country, pop, and adult contemporary charts. He would top all three charts again with 1977’s “Southern Nights,” which was included on the soundtrack to the 2017 film “Guardians of the Galaxy Vol. 2.”

Shortly after he announced his diagnosis, Campbell went on to what he called a “Goodbye Tour.” He was joined on stage with three of his eight children.

In 2014, he moved into a long-term treatment facility. At the same time, the documentary “Glen Campbell: I’ll Be Me” was released. The film looked at both his musical career and his battles with Alzheimer’s.