Will Carmelo Anthony make the Houston Rockets the next “Superteam”? 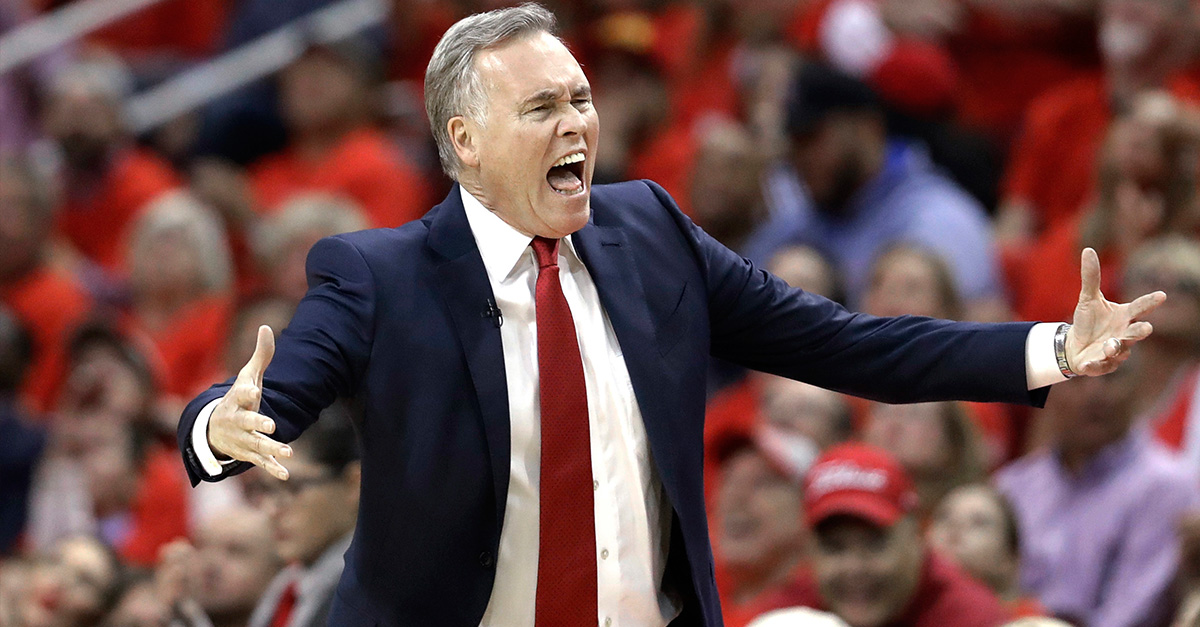 AP Photo/David J. Phillip, File
FILE - In this Tuesday, April 25, 2017, file photo, Houston Rockets coach Mike D'Antoni yells at the officials during the first half against the Oklahoma City Thunder in Game 5 of an NBA basketball first-round playoff series, in Houston. Erik Spoelstra and D’Antoni are the co-winners of the National Basketball Coaches Association’s coach of the year award, announced Sunday, May 7, 2017. (AP Photo/David J. Phillip, File)

The Houston Rockets are seeking to challenge the rest of the NBA, both on the court and in the off-season. First, they complete a “sign and trade” deal to acquire point guard Chris Paul from the Los Angeles Clippers. Last week, they signed Most Valuable Player runner-up James Harden to the biggest contract extension in the history of the league. Their next step may involve acquiring one more perennial All-Star: Carmelo Anthony.

An ESPN report stated that the Rockets are putting their “full attention” toward acquiring Anthony from the New York Knicks. Anthony has a no-trade clause in his contract, but he is reportedly willing to waive that clause if he can be traded either to Houston or to the Cleveland Cavaliers.

If the deal were to go through, it would give the Rockets a “big three” in their lineup comparable to some of the greatest teams in history: the Boston Celtics of the 1980s (Larry Bird, Kevin McHale, Robert Parrish), the Chicago Bulls of the 1990s (Michael Jordan, Scottie Pippen, Horace Grant), the Los Angeles Lakers of the early 2000s, (Shaquille O’Neal, Kobe Bryant, Toni Kukoc), and the Miami Heat of the early 2010s (LeBron James, Dwayne Wade, Chris Bosh).

However, such a deal is not without its complications. The Rockets are already over this season’s salary cap with their extension to Harden and their trade for Paul. If the Rockets were to acquire Anthony, it could cost them as much as $34.4 million in additional salary next season. The team would either have to pay a substantial “luxury tax” to the league, or find ways to dump salary to get closer to the cap number.

Another barrier between Anthony and Houston is Coach Mike D’Antoni. Anthony and D’Antoni had a public feud when D’Antoni coached the Knicks in 2011 and 2012, which compelled D’Antoni to resign. The two would either have to learn to get along, or Anthony would have to be willing to put his ego aside for a chance at the championship that has eluded him throughout his career.