With concerns growing over crime around town, Mayor Turner and the HPD recently took time to reassure Houstonians of their efforts to protect 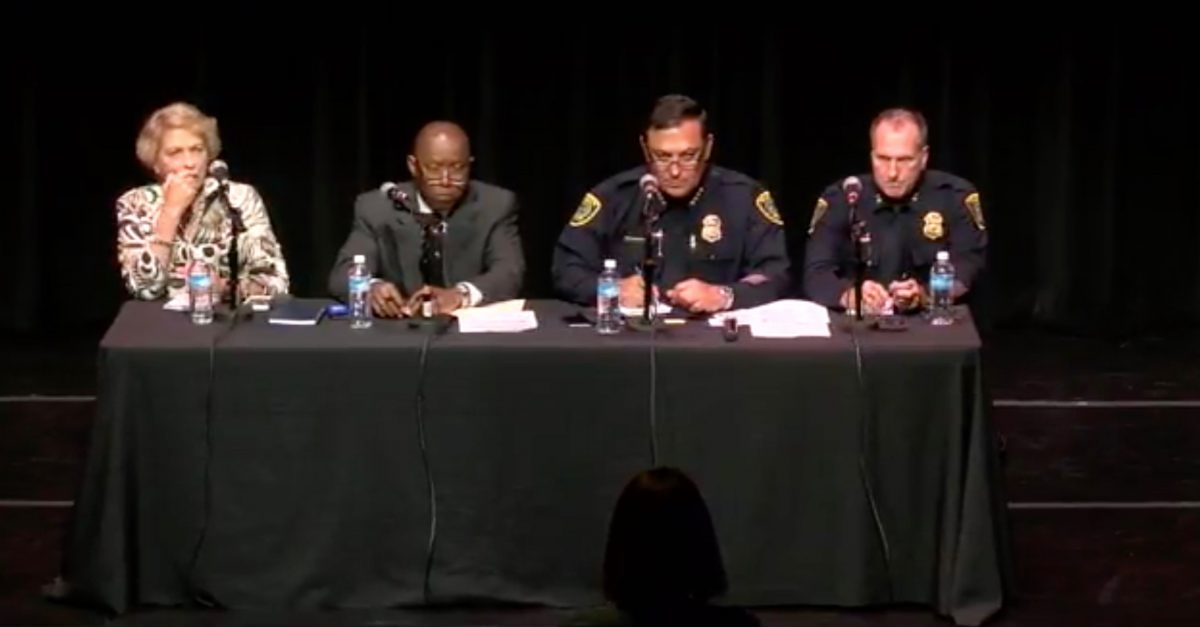 Concerns over crime in Houston is growing, especially in Meyerland in the southwest part of the city.

RELATED: Meyerland?s ?level of violence? is off the charts with two children shot in the last month

The meeting was a full house.

At the meeting, Turner said, “Any time one life is lost, that is one life too many.”

He also said Houston needs at least 600 more police officers to keep the city safe, which may not be possible with current funding levels.

Houston was only able to conduct four police cadet training classes this year, while, in reality, five were needed.

Turner said he was committed to finding realistic resources to ensure Houston’s law enforcement agencies can protect the city.

The meeting comes after a shocking crime that took the life of a 10-month-old boy:

On the afternoon of June 14, a father was walking with his baby son in the 5400 block of Braeswood when three men approached him.

After an argument, one of the men opened fire on the father, shooting the baby. The father ran away to find help, but 10-month-old Messiah died at the scene.

Police later learned two of the suspects involved in Messiah’s death were also involved in an assault at the same location nine days before the baby’s shooting.

Police believe the recent spike in violence is gang-related.

RELATED: Family mourns the loss of 10-month-old baby shot and killed in Meyerland

Turner assured the crowd murder rates in the city of Houston are down from previous years, which is one step in the right direction.