With passage of the new Texas “knife law,” a dojo wants to help Houstonians sharpen their blade skills 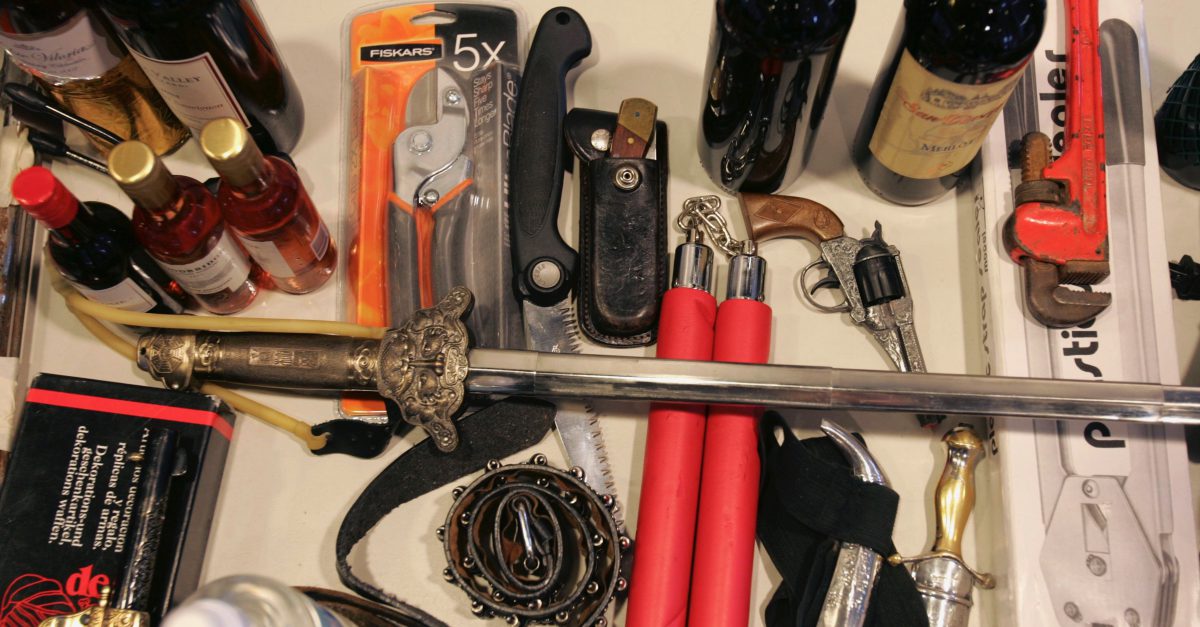 AP Photo/Mike Derer
Items ranging from bottles of wine and water to knives, swords and replica guns that were confiscated from airline passengers are displayed on a table at Newark Liberty International Airport in Newark, N.J., Thursday, Nov. 15, 2007. With a Thanksgiving crush of passengers expected at airports around the country this week, federal Transportation Security Administration screeners want to remind holiday travelers about items that are not permitted to be carried on board. (AP Photo/Mike Derer)

Providing training for everyone from champion fencers and historical weapons experts with experience in designing programs for beginners to learn the art of swordplay, Sword to Sword is your one-stop-shop for sword training and all your long blade needs.

The unique studio first opening in 2001 and specializes in medieval and Renaissance-era weapons, including the German longsword and the Italian rapier.

Founder and lead instructor Dakao Dao stressed his school teaches the proper and effective use of these weapons, without the flourishes and fancy moves seen in movies and TV shows:

“The most relevant lesson,” Do said in an interview, “is that, as with any firearms or other weapons, proper training and mindset far outweigh the ‘cool’ factor of openly carrying a gun or sword in ignorance of its proper use.”

The renewed attention to swordsmanship comes as a result of a new law regarding long-bladed weapons.

House Bill 1935, more commonly known as the “knife law,” which was signed into law earlier this summer, removes many of the restrictions on owning a blade more than 5.5 inches long.

Once it goes into effect starting September 1, Texans will be allowed to carry swords, spears, machetes, Bowie knives and other long-bladed weapons in public.

The law still bans such blades from schools, churches, sporting events or establishments where alcohol is served.

Notably, HB 1935 stalled on the House floor after a student at the University of Texas at Austin was killed and three others were injured in a stabbing incident. Kendrex White is accused of murdering fellow student Harrison Brown and injuring three other students.

He is currently being held in the Travis County Jail on $1 million bond.

Mike Clark, owner of the gun shop Collectors Firearms, said he does not expect to see more people carrying longswords or machetes in the streets after Labor Day:

“People aren’t going to use these big knives, Clark said during an interview on the new law. “They’re cumbersome. You don’t want to walk around with one of those every day. But if you want to, it’s your right.”

Only in Texas, y’all.