With sexual assaults up and response times down in Houston, the call for more officers may be up to the voters 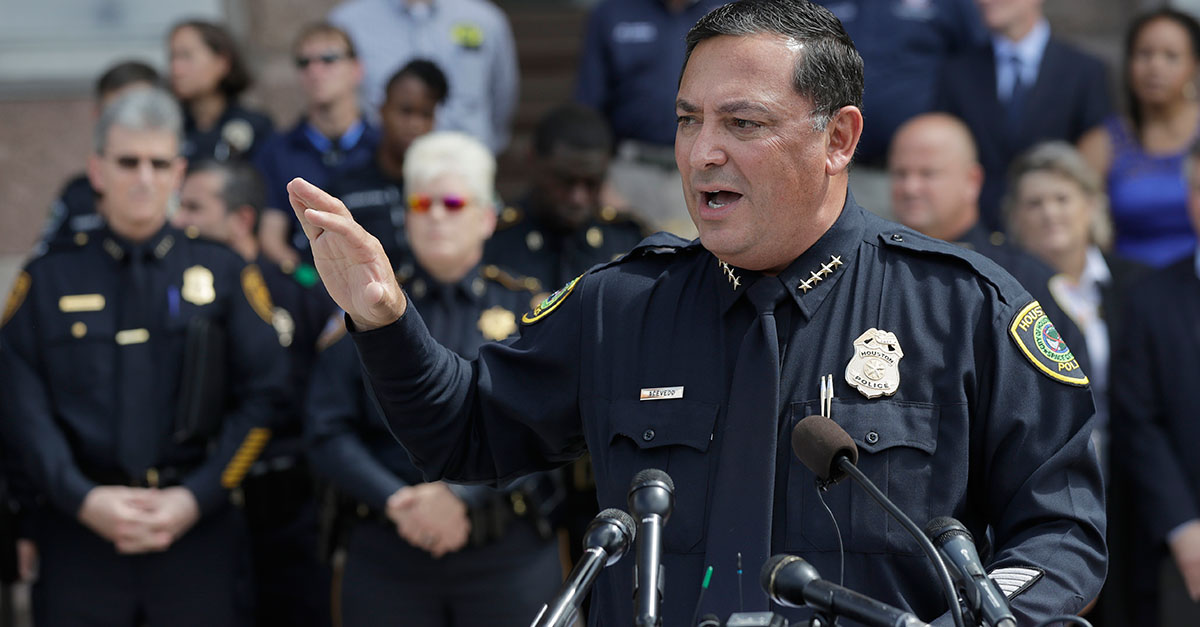 The City of Houston reportedly saw an overall 2.17 percent drop in crime over 2017, though sexual assaults increased. However, Houston Police Chief Art Acevedo says those results come only because the Houston Police Department is stretching thin resources to fill in gaps that cannot linger much longer.

According to Acevedo, the police force requires 2,000 more officers in order to effectively patrol the city.

RELATED: HPD says an alleged pimp dropped dead after a scuffle with a good Samaritan

Acevedo revealed this year’s crime figures in a Monday press conference, which showed an improvement over recent years.

In 2017, Houston saw 269 murders, down by 32 from 2016. Of those murders, 20 perecent were gang-related, 16 percent resulted from family or domestic violence, 7.3 percent were stranger-related and 6 percent were linked to drugs.

Additionally, police say 73 percent of murder victims also had a criminal history, which increased their risk.

While nonviolent crime reportedly dropped by 4 percent, robberies only decreased by 1.9 percent.

Crimes of aggravated assault and sexual assault both increased.

Aggravated assault increased by 13.8 percent, and 70 percent of victims knew their assailant. Similarly, sexual assault saw an increase of 12.6 percent for a total of 1,378 rapes.

Acevedo made his case for more officers to improve response times; while officers are able to respond more quickly to life-threatening 911 calls, response times have lagged for other types of calls, including break-ins.

According to the police chief, Texas Gov. Greg Abbott’s proposal to cap city revenues is a threat to the police department’s ability to reach adequate staffing in the coming years.

?It?s pretty easy to do when you?re sitting at a capitol building and don?t have to respond to crime scenes day in and day out,? Acevedo said of Abbott’s proposal.

Abbott’s plan was revealed Jan. 16 as a way to put the breaks on “skyrocketing property taxes.” Under his proposal, two-thirds of voters would be required to approve any property tax increase above that 2.5 percent threshold. Abbot says the state will also have to provide state resources to cover the costs of any new services the state requires of local governments.

Additional officers would require more funding, which could require a tax increase. Acevedo said increasing funding for the department would come down to what the taxpayers want.