With Straus out, experts agree things are looking ‘right’ in Texas 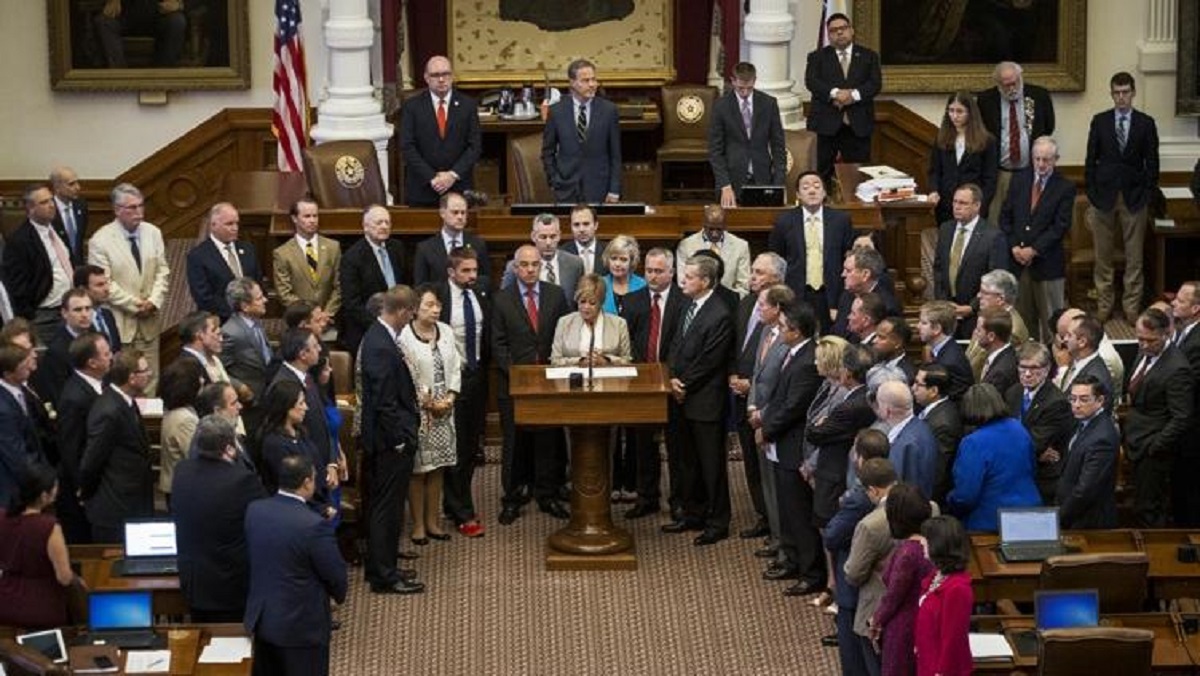 With Texas House Speaker Joe Straus out of the running for a reelection, a number of Texans are reportedly concerned Texas lawmakers could become even more conservative.

Publications, such as the Texas Observer, are declaring it ‘the end of the moderate Texas Republican,’ going as far to say the future of the legislature depends on nonpartisanship, hanging on whether someone with similarly moderate views can be elected as Straus’ successor.

The Texas Tribune quoted Rice University Political Scientist Mark Jones saying “the political center of the state collapsed,” referring to the day Straus announced he wouldn’t be running for reelection.

To the dismay of a number of Texans, the soon-to-be-former Speaker, in the news lately for his clashes with Lt. Gov. Dan Patrick over the state’s now-infamous ‘bathroom bill,’ also inserted himself in the controversy around Texas’ confederate monuments, calling for a plaque displaying a Confederate creed to be removed from the state Capitol.

In an interview with Vice, University of Houston political science Professor Brandon Rottinghaus said, even with Straus’ announcement of his resignation, developments are still playing out:

“It’s difficult for some of Straus’s lieutenants to appeal to some wings of the party because they are tainted with the same brush that tainted Straus as a moderate,” he said. “That said, my hunch, and tremendous evidence from political science suggests, that parties choose moderates to be their leaders.

He further contextualized his statements with uncertainty:

“There are so many variables between now and then, not the least of which is we have to have an election.”

Some speculate, with Straus gone, Governor Abbott will be without a scapegoat to pin his legislative failures, like the bathroom bill legislator chose to flush before adjourning from the 85th Regular and Special Sessions – a move which potentially helped him save face with the party in the past.

What the speaker will do next is anyone’s guess. Some postulate he’ll make a run for the governorship – others guess he could make a run at the presidency.