With the Robert E. Lee statue out of public eye, Dallas will soon vote on wiping this park’s Confederate namesake 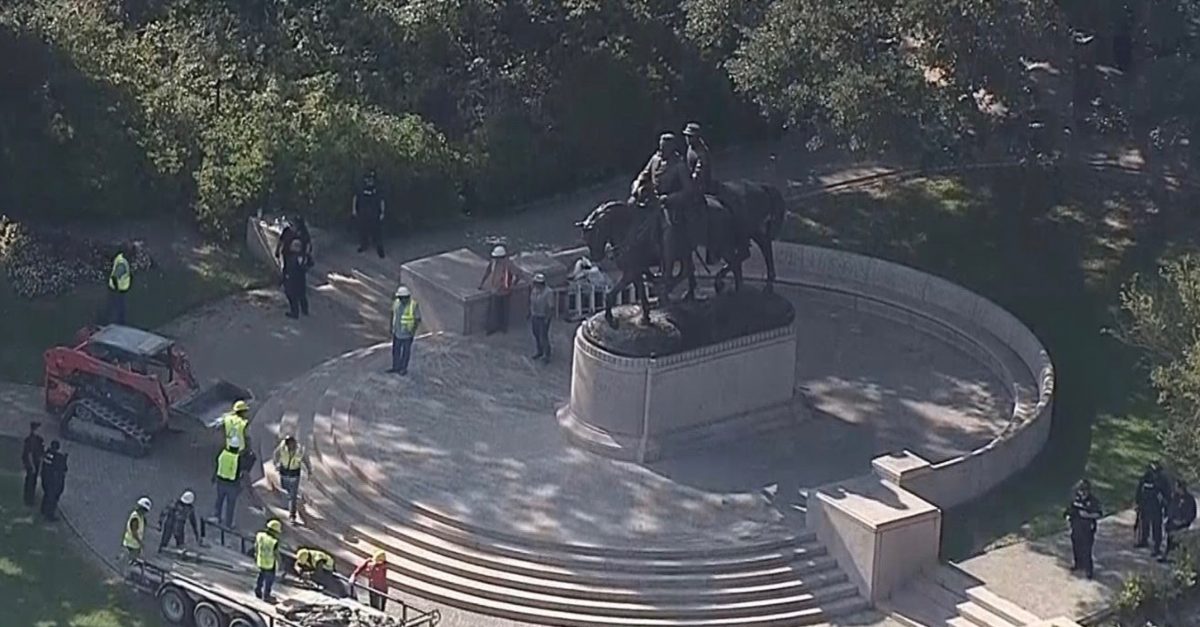 As the nation struggles over the fate of monuments and names tied to Confederate history, the city of Dallas is confronting their history head-on.

The Dallas Parks and Recreation Board will hold a vote Friday on whether to change the name of Lee Park, named in honor of Confederate General Robert E. Lee.

RELATED: Dallas finally pulled the trigger and removed its statue — is Houston next?

The city removed a statue of Robert E. Lee from the park last week. An art conservator was onsite during the removal to preserve the statue, and the city will store it at an unused naval air station until plans can be made regarding the statue’s future.

Removing the statue was more difficult than anticipated. Delays transpired due to a temporary restraining order granted to pro-Confederacy groups and an accident involving the semi-tractor and crane sent to remove the statue.

Lee Park’s original name was Oak Lawn Park, which the board plans to restore until a new, permanent name is chosen.

A pro-Confederacy group held a protest in the park Saturday.

RELATED: Following the violence in Charlottesville, Houston comes to a crossroads on monuments and marches on the homefront