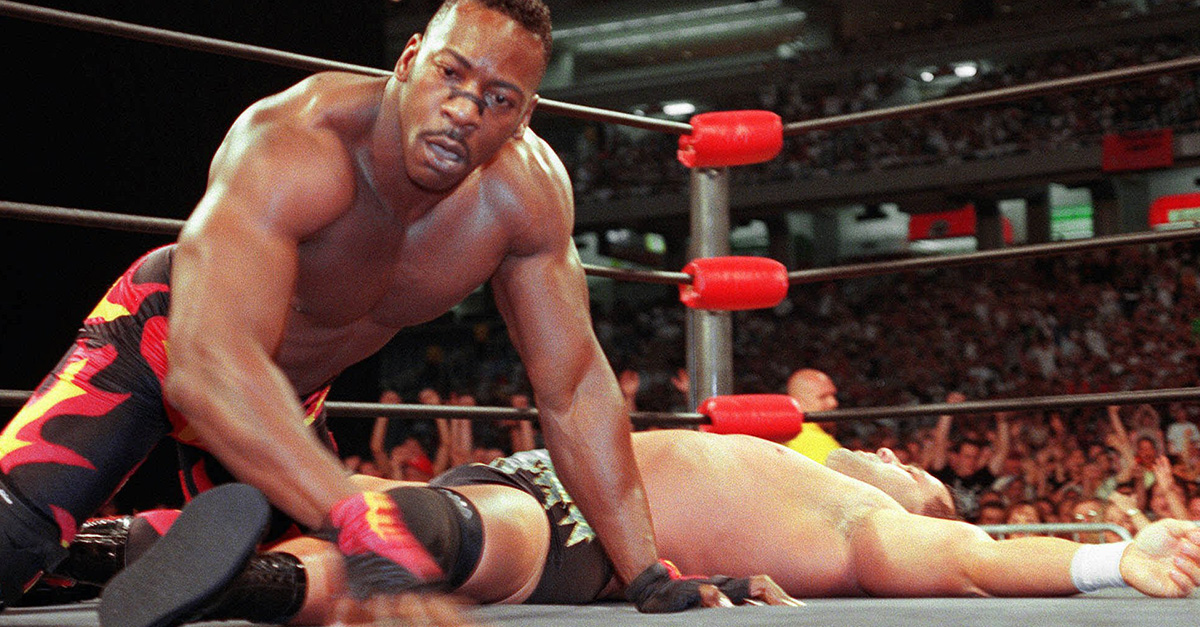 The larger-than-life superstars of World Wrestling Entertainment brought more than bodyslams and chair shots to Houston this weekend. Not only did the company bring four shows to Houston’s Toyota Center (?NXT Takeover: War Games? on Saturday, ?Survivor Series? on Sunday, ?Monday Night Raw? on Monday, ?Smackdown Live!? on Tuesday), they also contributed their time toward several charitable efforts for victims of Hurricane Harvey.

Former wrestler and native Houstonian Booker Huffman (ring name: Booker T) led the efforts at the Habitat for Humanity site. Huffman’s own experience of growing up in poverty in Houston’s inner city helped to fuel his drive to give back to his community.

“Hurricane Harvey, it was devastating,” Huffman told ESPN. “It hit everyone — it if it didn’t hit you directly, it hit a family member or friends. … I feel like I’ve got to go out there and do my part.”

Another group of performers assembled at the Houston Food Bank to box up and deliver food shipments. Mark Henry, a former wrestler and native of the East Texas town of Silsbee, called the work ?very fulfilling.?

?It feels good to be able to come and help,? Henry said, ?but it’s far from done. I still know people personally that, they’re gutting their homes. No sheetrock, no wallpaper, no nothing. It’ll be a long while before everything is right, but we just gotta keep making efforts like this to make sure that it happens.?

A third group assembled medical kits at the AmeriCares facility on Sunday, just hours before their big ?Survivor Series? show at the Toyota Center. Performer Fergal Devitt (ring name: Finn Balor) commented on how the company’s four shows would bring a much-needed economic boost to Houston.

?Obviously, this is a huge boost for morale around the city,? Devitt said, ?but, more importantly, for the economy as well. A lot of people travel from out of state and overseas for four nights straight.?

The final show of the weekend, ?Smackdown Live!?, takes place at Toyota Center on Tuesday night.