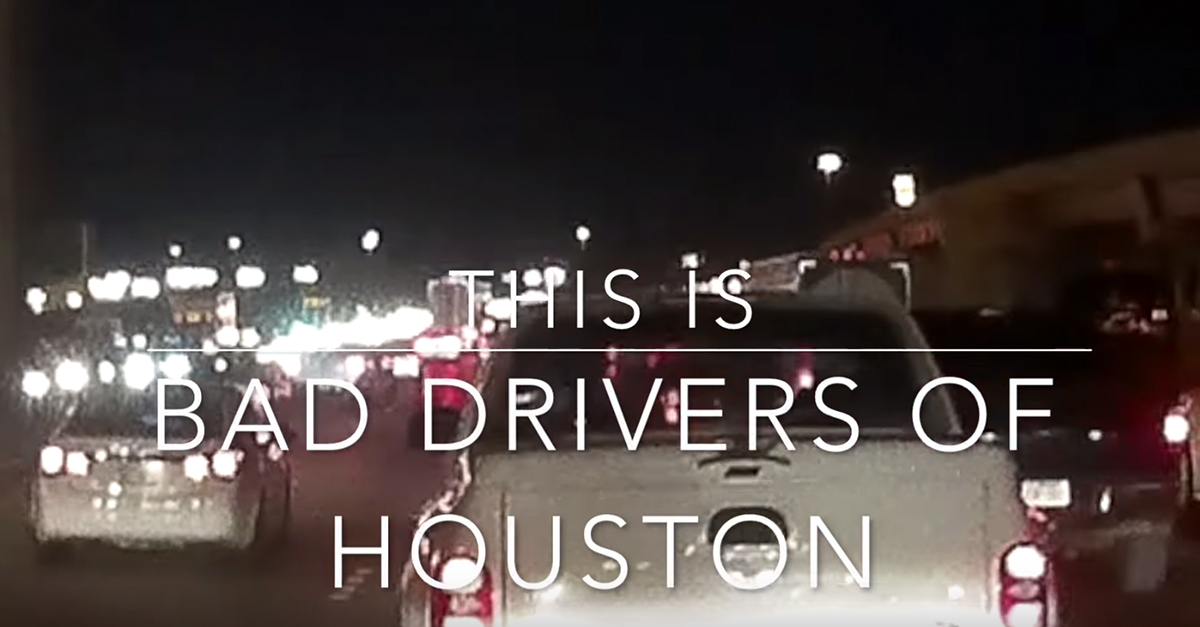 Teenager Justin Welling is like so many other Houstonians. He drives several miles a day on Houston’s network of freeways while going to school, running errands, and visiting friends. As with most Houstonians, Welling encounters some of the city’s worst drivers. The difference is that Welling records his trips on his dashboard camera and posts the worst offenses on YouTube.

His channel ?Bad Drivers of Houston? has over 2,000 subscribers. He posts compilation videos of the worst offenders about every two weeks. Most of the scenes he captures involve speeding, failing to yield and dangerous lane changes. He showed one driver reading a book while driving, as well as an incident in which an impatient driver drove on the sidewalk to bypass a traffic jam.

Welling also provides his own commentary on his videos. While driving through the Galleria area, he noticed the rude and aggressive behavior of the driver of a large pickup truck.

His channel even received coverage from a local TV news broadcast. The story also highlighted the use of dashcams, such as the one Welling uses in his videos, as a method to gather evidence in an accident and as proof to insurers as to which party was at fault.

Welling’s channel only captures a fraction of the incidents that occur around Houston every day. A recent survey of U.S. metropolitan areas by Allstate Insurance showed that Houston ranked 167 out of 200 in driver safety. Only Garland (177) and Dallas (178) ranked worse among major Texas cities.