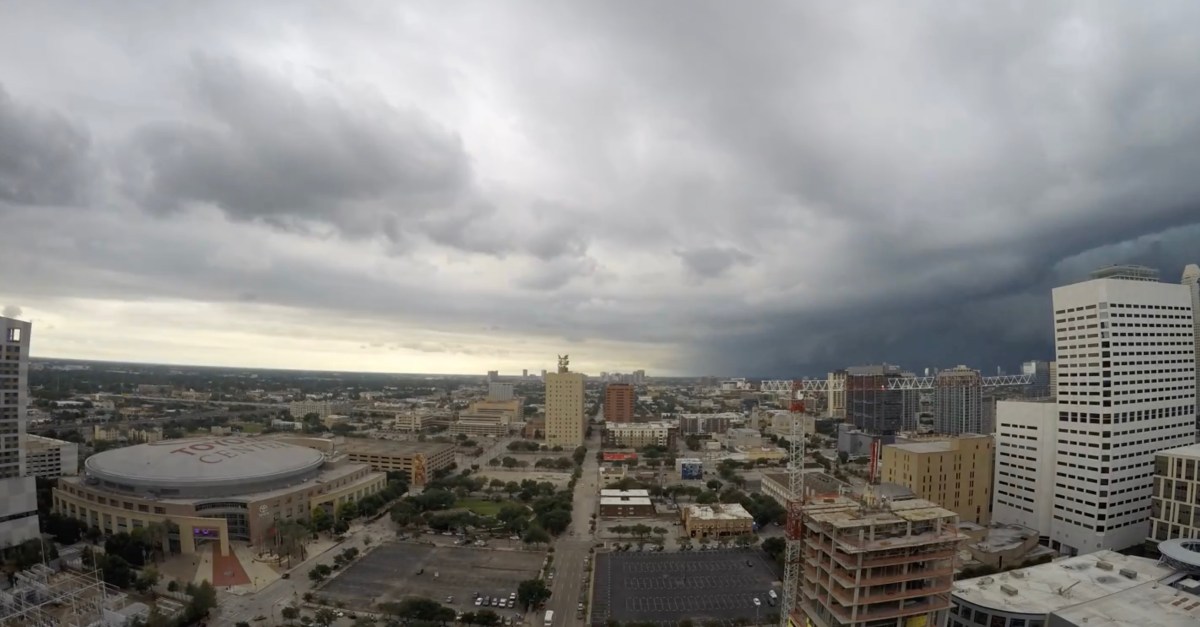 You know you’re from Houston if weather extremes like these don’t surprise you.

RELATED: Watch this poor fellow panic in a Texas rainstorm

On average, heavy rains like Sunday’s storm make for 4-5 days of flooding a year in Houston – one of the highest rates in the nation.

"It was…a wall of water." from houston

2016 was particularly wet for the Houston.

For instance, on April 18, within the span of 14 hours at the Cypress Creek, Spring Creek, and Adicks watersheds, nearly 140 billion gallons of rainwater were collected during a severe storm that left the city as an actual bayou.

2017 isn’t shaping up to be any different, but it’s nothing Houstonians haven’t dealt with before. And anything is still better than Dallas.

Hang in there, Houston!

RELATED: Monday’s “purple rain” in Houston was definitely a sign that one of the greats is still among us