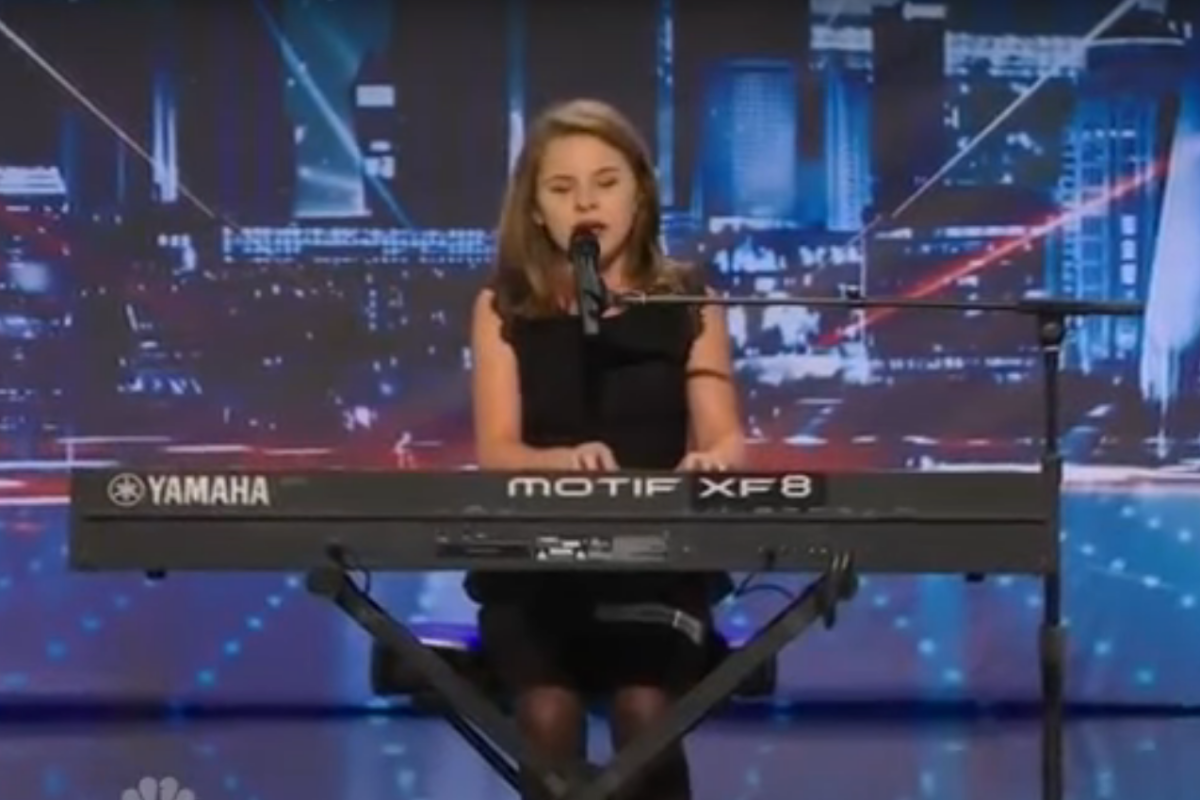 Anna Christine will blow you away. Close your eyes and ask yourself if a mere child could possibly sing this way.

As a contestant on America’s Got Talent, she played piano and sang “House of the Rising Sun.” “No one expected the nervous ten year old to belt out such a performance of the timeless classic,” YouTube writes.

With her mom waiting nervously in the wings, Anna blew the audience away with her powerful voice and piano abilities.

Anna Christine was born in Las Vegas, Nevada. At the age of five, Anna discovered a love of music and singing. By the time she turned eight, her mother knew that her daughter was destined to be a serious vocalist. Anna Christine credits her mom for inspiring her and helping her make the most of her talent.

Equipped with an understanding of the connection between emotion and music, Anna also performs original compositions that reflect her mature “old soul” and admirable range.

Anna Christine’s audition led her directly to the quarterfinals of “America’s Got Talent”, and eventually she eventually progressed to the semifinals.

Christine was determined not to let fame get to her head. She did not want her friends to make a big deal about her starring in a nationally televised, reality show competition. From the looks of her Facebook page, she is still hard at work making music while also taking time for some normal teenage activities.

This article was originally posted on February 23, 2015.