2 of Donald Trump’s loudest critics gathered in one place, and it went exactly as expected 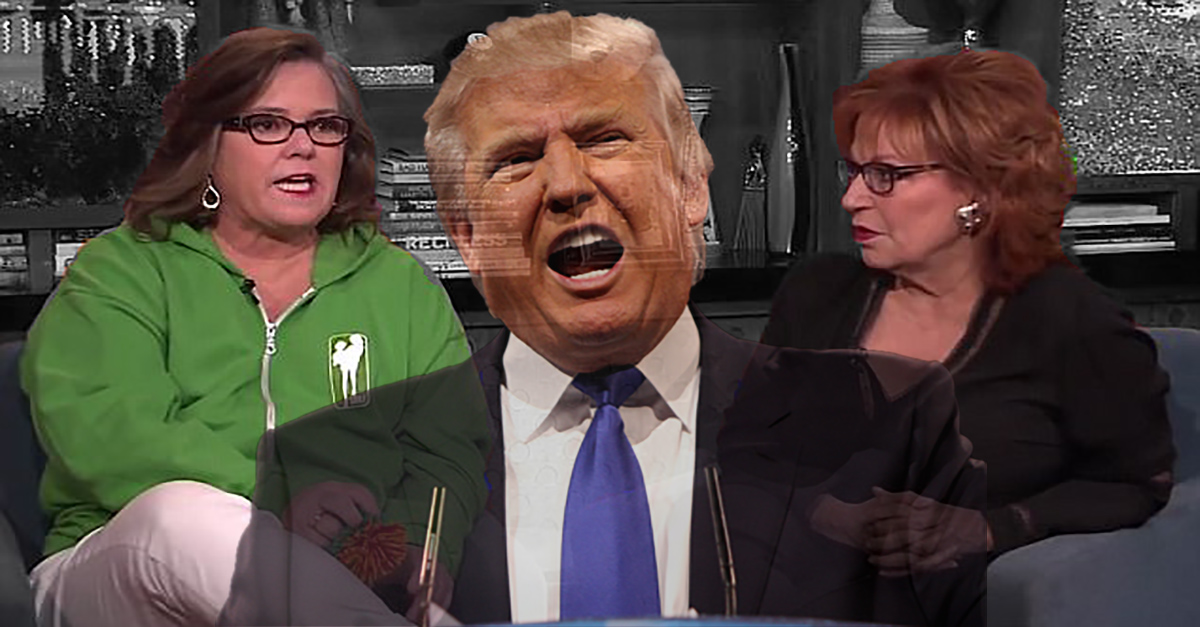 Rosie O’Donnell and Joy Behar joined host Andy Cohen on “Watch What Happens Live,” and O’Donnell explained the origin of her infamous feud with President Trump.

“I told the truth that he was bankrupt four times. That he’s not a self-made man, that he got his daddy’s money,” she said. “That he notoriously ripped off all these private contractors. Family businesses all over Atlantic City went under because of his unethical ways. If you’re 55 and grew up on Long Island, you know he’s a fake, a phony and a fraud.”

After O’Donnell’s move, she said Trump began attacking her, even resorting to criticizing her personal appearance.

RELATED: Rosie O?Donnell suffers from suicidal thoughts ? and she says President Trump is to blame

“[He attacked] not only my physical appearance. Everything,” she explained. “My sexuality, my parenting, my wife. He went really batsh** crazy.”

Behar then chimed in to say that it is “a badge of honor to be disliked or hated by this man.”

While O’Donnell agreed in part, she added, “But to have it been done to you personally for a decade, makes the PTSD fairly intense.”

Things only got worse for the comedian after Trump unexpectedly won the presidency.

“It took me about six months to regain my equilibrium,” she said of the aftermath of the 2016 election. “I felt like I fell through the ice and I just was waiting to resurface.”