3 months after her cancer diagnosis, Julia Louise-Dreyfus shares a sweet tribute to her “hero” husband 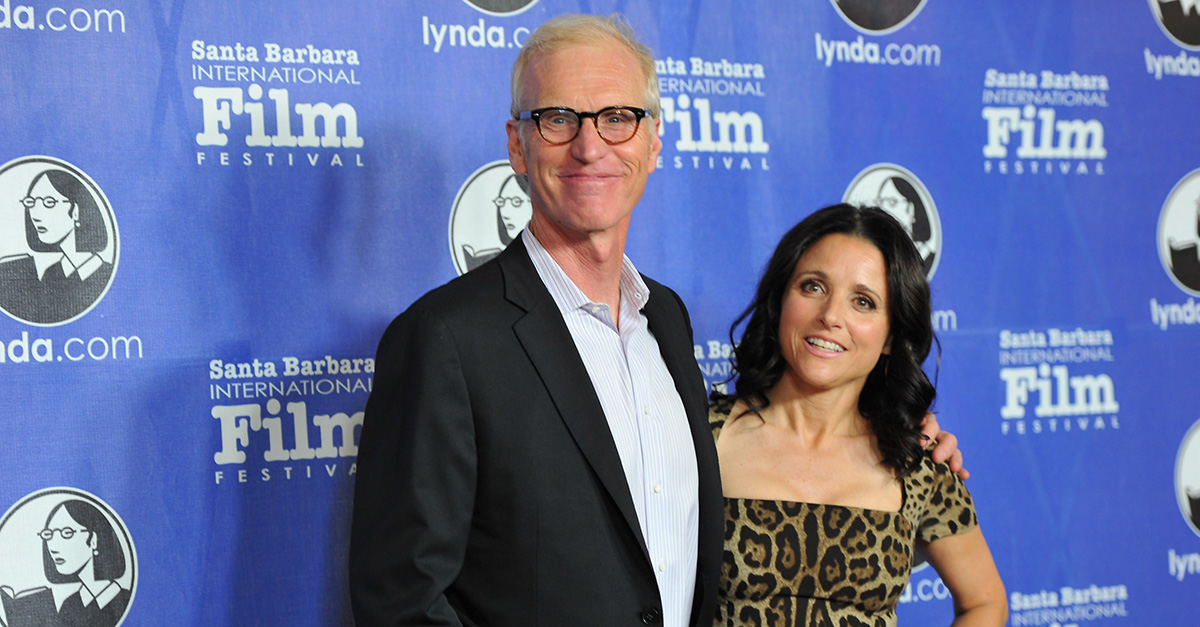 Julia Louise-Dreyfus is spreading the love this holiday season with this adorable “mistletoe moment” featuring her husband of 30 years, Brad Hall.

The “Veep” star is currently undergoing treatment for breast cancer and shared the sweet snap on Instagram on Wednesday. In the photo, Louise-Dreyfus and Hall are wearing ski jackets and hats — Hall’s is an extra festive Santa hat — as they smooch under mistletoe.

RELATED: Julia Louis-Dreyfus shows she still has her humor in a chemo update that her fans loved

Going into the holiday season, the actress shared a glimpse into her treatment when she posted a photo while she was getting a blood transfusion.

“Getting ready for the holidays with my awesome Xmas cocktail. #jollytransfusion #ivebeengood,” she wrote.

In September, Louis-Dreyfus revealed she had been diagnosed with cancer in a post to fans on social media.

“1 in 8 women get breast cancer. Today, I’m the one,” she wrote at the time. “The good news is that I have the most glorious group of supportive and caring family and friends, and fantastic insurance through my union. The bad news is that not all women are so lucky, so let’s fight all cancers and make universal health care a reality.”

In November, “Veep” executive producer Frank Rich gave an update on Louis-Dreyfus’ heath during and interview on SiriusXM’s “Press Pool.”

“Julia is undergoing treatment for breast cancer, and we’re obviously postponing production of the show – we were supposed to have started now – while she’s in treatment. But the expectation is that we will shoot again,” he said during the interview. “We have one more season we’re doing, which we’re incredibly excited about. Rather impressively, while we wait for her to gather her full strength, around her treatment we’ve been having with the cast in Los Angeles, table reads of scripts for the final season as they’re ready.”