Monday night was tough for ’80s pop star Debbie Gibson as she took to the ballroom for the first time on the season 25 premiere of “Dancing with the Stars.”

The performance marked the first time Gibson returned to the big stage since her Lyme disease diagnosis in 2013. She first realized something was wrong after she began experiencing pain, weight loss and weakness, among other symptoms. The pain proved to be quite a challenge as the two hit rehearsals ahead of the premiere.

“It’s been a very challenging road,” she said.

RELATED: Sofia Vergara could pass for her son’s sister in these stunning pics from the Emmys

“Lyme disease takes a huge toll on her muscles. Some days, her muscles hurt so much that she can’t dance,” Gibson’s pro partner Alan Bersten said.

“I am very competitive, and it would be amazing to win, but showing up here today is actually a victory, because I have been hibernating,” Gibson said in a pre-show interview. “It’s time to put that behind me and find the joy in performance again.”

Gibson and Bersten hit the stage on Monday night with a beautiful foxtrot to “Lost In Your Eyes” by Gibson herself. The pair was awarded 17 out of a possible 30 points for the performance. 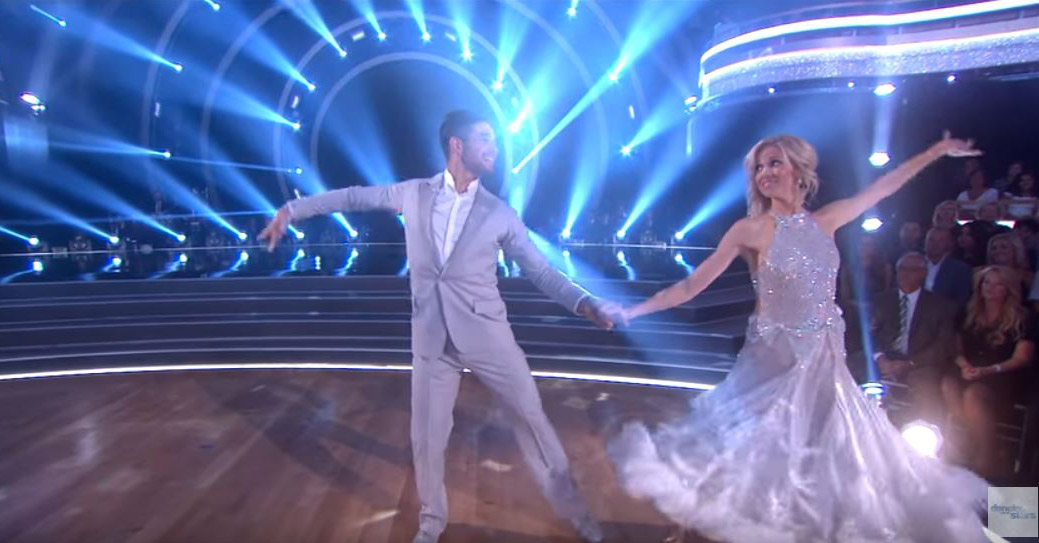