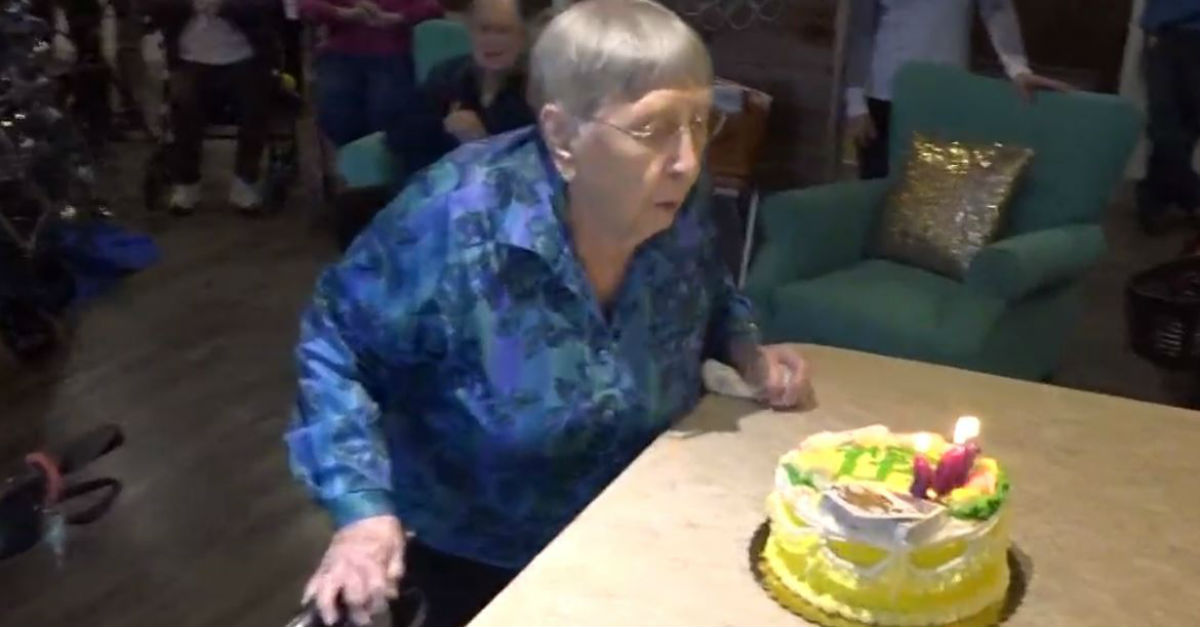 Theresa Rowley of Grand Rapids, Michigan, celebrated her 104th birthday back on January 1, 2018. That’s quite a feat and the centenarian has a tough time believing it herself, she says the secret to her longevity lies in one drink: Diet Coke. In an old interview with WZZM, Rowley said, “It just doesn’t seem like I should be that old.”

She was a resident at the Sentinel Pointe Retirement Community, where she has lived since she was a youthful 89. When asked how she made it to 104-years-old, Rowley wasn’t quite sure, saying only that she drinks Diet Coke every day, adding, “I’m going shopping Wednesday, and I need more Diet Coke. I have a bag full of empty Diet Coke cans that I need to return to buy more Diet Coke.”

The 104-year-old woman doesn’t remember when she and her family moved to Grand Rapids but says that she was born in Illinois in 1914. Today noted that Diet Coke didn’t even hit the shelves until 1982, but for the last few decades, Rowley hasn’t been able to get enough of the stuff.

Nutritionist Bonnie Taub-Dix told Today that there’s no real reason Diet Coke could lead to a long life, saying, “Diet Coke has no value, except for providing some hydration… but otherwise adds nothing to your state of health.”

But, despite Taub Dix’s analysis, there are plenty of Americans who swear by their Diet Coke. President Trump reportedly drinks 12 Diet Cokes every day, per a New York Times report. That juicy tidbit led to a lot of the major papers calling up experts for their take. According to Harvard Medical School, diet soda does increase consumers’ risks of dementia and stroke..

But, Rowley is still going strong and says there’s no real secret behind her love of the carbonated drink, telling WZZM at the time, “I drink it because I like it.”

Editor’s note: This article was originally published on January 6, 2018.

Watch: Doctors Believe Parents Who Raise Their Children Vegan Should Be Prosecuted