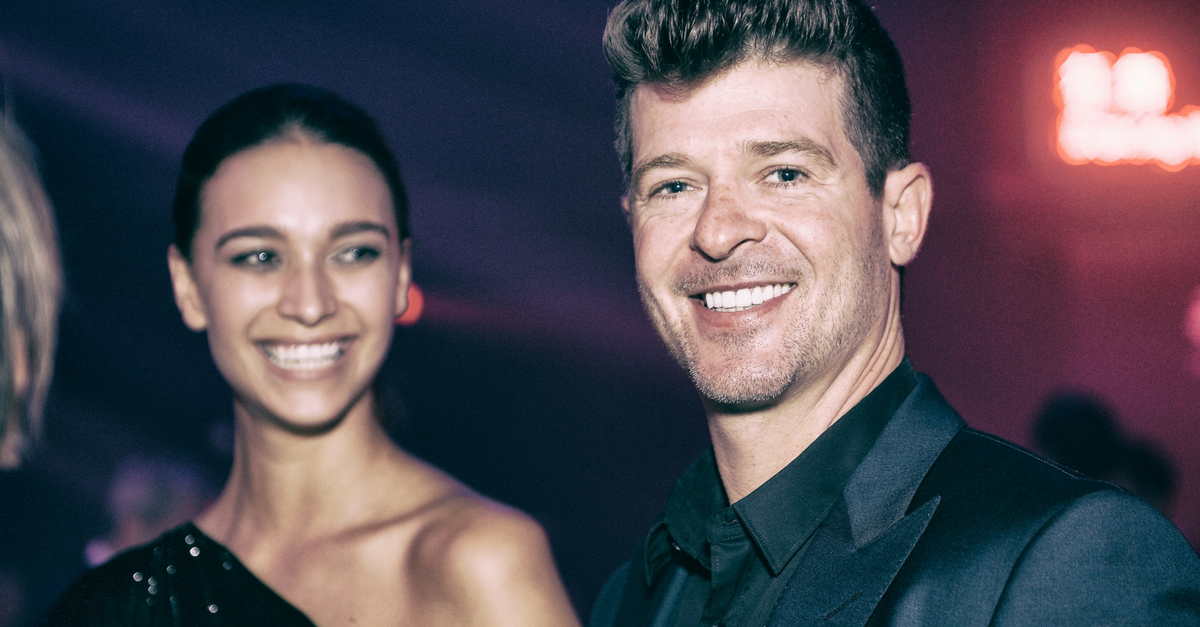 Robin Thicke and his girlfriend April Love Geary are expecting a baby!

The 40-year-old singer has been dating the 22 year old ever since he and wife Paula Patton filed for divorce three years ago. Geary is 3 months pregnant and made the announcement via Instagram on Thursday.

“Robin and I are very excited to share with you all that we’re having a baby! The due date is March 1st, Alan’s birthday!” she captioned a picture of her latest sonogram.

Robin and I are very excited to share with you all that we're having a baby! The due date is March 1st, Alan's birthday! ❤️

RELATED: Alan Thicke’s widow claims her stepsons have this controversial plan for his family ranch

Thicke and Patton are still technically married as their divorce isn’t yet final, and they’ve been engaged in a bitter custody battle over their 7-year-old son Julian. According to TMZ, the singer is expecting a girl with Geary, as a source close to the couple confirmed that Thicke’s son is “super excited for a little sister.”

Their due date, March 1, would have been Thicke’s late father’s 70 bithday.

RELATED: Alan Thicke’s widow has come forward with claims about the couple’s plans to grow their family prior to his death