A former CIA agent can’t take Trump’s tweets anymore, so she’s trying to buy Twitter and ban him herself 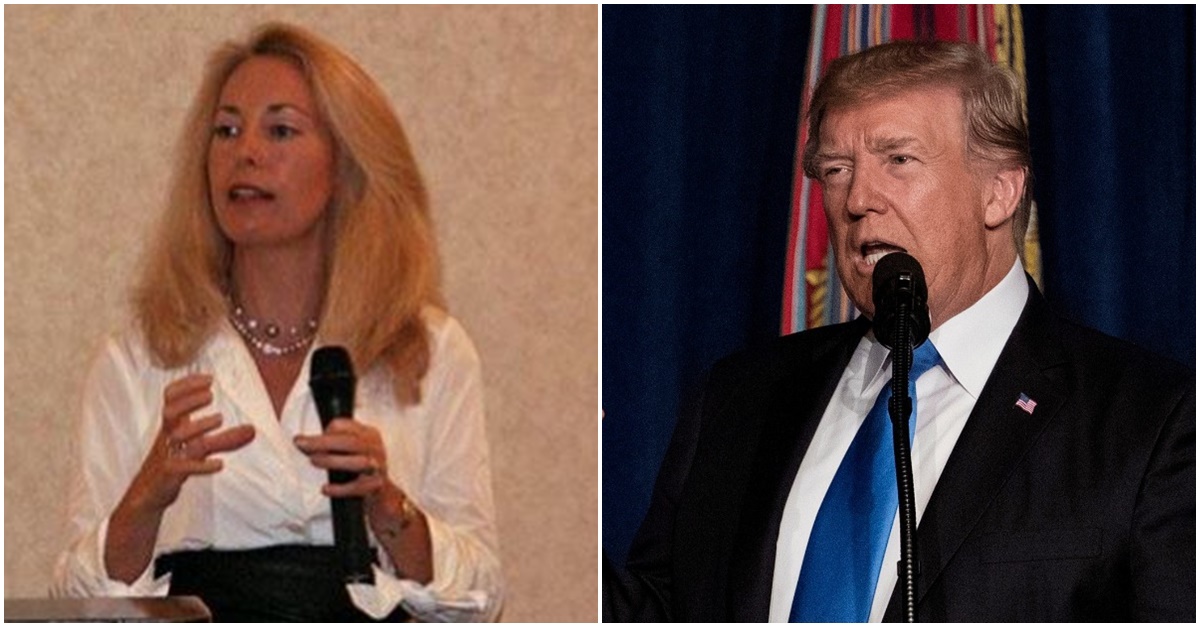 Former CIA agent Valerie Plame Wilson is so fed up with President Donald Trump’s tweets that she wants him off the social media service. However, she figures the only way to accomplish her mission is to buy Twitter and kick him off herself.

Wilson started a GoFundMe page that seeks $1 billion in contributions, which would be the largest crowdfunding campaign of all-time. She has a ways to go, though. In eight days, the fund has generated shy of $62,000 from about 2,100 donors.

She announced the launch of the page on Twitter last week, saying, “If @Twitter executives won’t shut down Trump’s violence and hate, then it’s up to us. #BuyTwitter #BanTrump.”

It was 15 years ago that the ex-CIA agent had her covert status leaked to the press by members of the George W. Bush administration. Wilson has since spent her time living in Santa Fe, New Mexico, writing spy thrillers and raising her teenage twin sons.

What has driven her to start a campaign to buy Twitter and take away Trump’s social media megaphone that reaches more than 36 million followers is her obsession with nuclear weapons, according to a report by Vanity Fair. She works closely with counter-proliferation group Global Zero.

Wilson said she got the idea to buy Twitter when HBO’s John Oliver joked about how he never imagined that the advent of Twitter could lead the country to the brink of Armageddon.

“A good chuckle, but the people who understand how crises escalate—I worked on counter-proliferation at the C.I.A.—we’re not laughing very hard. It is deadly serious,” Wilson told Vanity Fair. “The threats he has posted with regard, most recently, to North Korea — ‘fire and fury,’ this sort of casual use of this platform — is appalling. And I’m seriously afraid that we will stumble into a nuclear war with North Korea.”

RELATED: Here’s why some keep a watchful eye on what President Trump tweets, retweets and deletes on Twitter

Wilson told Vanity Fair that if she can’t buy a significant stake in Twitter, she’ll donate 100 percent of the money she raises to Global Zero.

The White House responded to Wilson’s actions through an email statement sent to the media by press secretary Sarah Huckabee Sanders. She said the low total so far shows that Americans like the president’s use of Twitter, which he often uses to lash out at leaders in Congress, even those in his own party.

The statement read: “Her ridiculous attempt to shut down his first amendment is the only clear violation and expression of hate and intolerance in this equation.”

According to The Guardian, Wilson would need about $6 million to gain a majority stake in the company. A $1 billion stake, however, would make her Twitter’s largest shareholder and give her a very strong position to exert influence on the company.