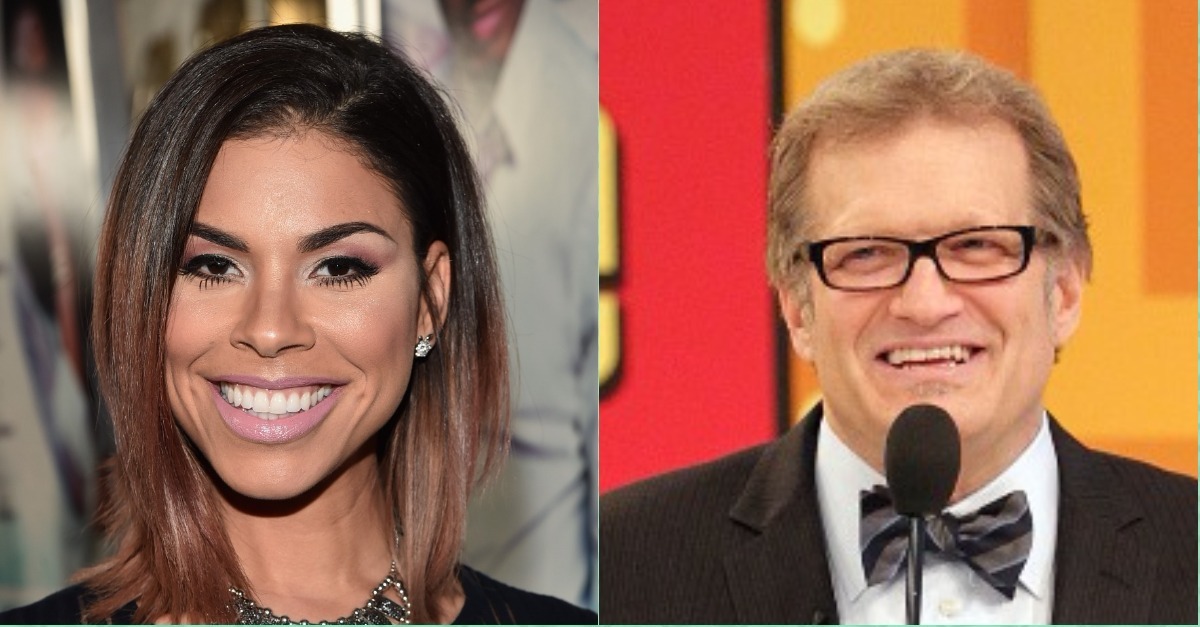 Since stepping into Bob Barker’s role as host of “The Price is Right,” Drew Carey has become a staple in households everywhere. According to one former model on the show, the 59-year-old TV personality had big shoes to fill — but he didn’t disappoint.

British model Gwendolyn Osborne-Smith hung up her game show heels in October 2017 after a dozen years as a model on the program. The 39-year-old joined the game show in 2005 — two years before Carey’s arrival — after being spotted during a guest appearance on “The Bold and The Beautiful.”  According to her, Carey helped usher the show into a different era for the models. In his decade as host, the show has seen its first male model and given mics to the models to show off their personalities in addition to their physical features, reported Fox News.

RELATED: Revisit an iconic ?The Price is Right? moment as its legendary host rings in his 94th birthday

“When Drew Carey stepped in, he was so very happy to make changes and bring ‘Price is Right’ into a new era,” she told Fox News. “We were all ready to become personalities rather than just look like models.”

The actress was one of the first to appear on the series sporting her baby bump, but the show’s host was “supportive” and didn’t force her to “pick between [her] personal life and [her] career.”

RELATED: ?The Price Is Right? just made history with its luckiest day ever

“[Carey] was over the moon. And I was, of course, so relieved and elated,” she recalled about telling the host the news of her pregnancy. “He was very happy to have the opportunity, through me, to prove the type of man he was and how different he was than Bob Barker?s era.”

“He celebrates women and uplifts them.”

“I will always be grateful to Drew,” the mother of five gushed. “Before I was married, I was a single mother with a daughter, and he held a high respect for me because of that. I was working with such a respectable man. I?ve never had any concerns of sexual harassment with him. It was actually the opposite. I was embraced and empowered by working with him.”

A fan favorite, Osborne-Smith left the show to take on the mantle of COO of Smith Entertainment Group (SEG), a production company she heads with her husband, former basketball player and sports analyst Kenny Smith.

Ending her time on the show was “bittersweet” for her and Carey both.

“He was very teary-eyed. But he was happy for me,” she revealed. “He and I are good friends, and he knows the journey I?ve been on behind the scenes in terms of production and creating. He?s always been very supportive. It was bittersweet.”