A “Frasier” fan favorite has died at 77 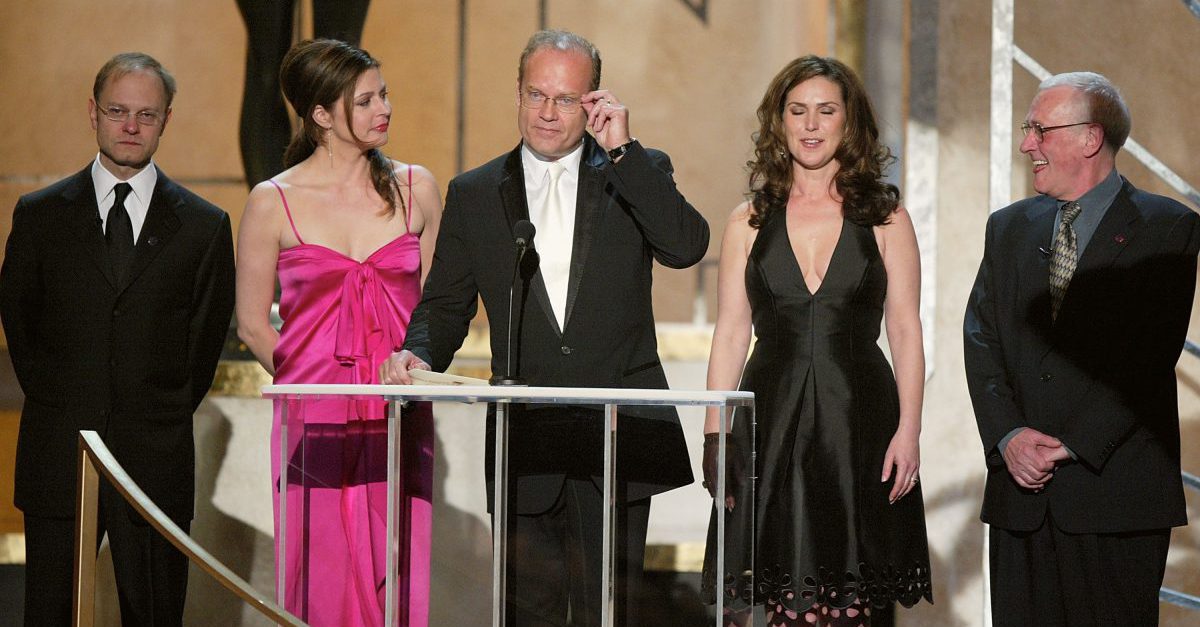 John Mahoney, most famous for his role as Martin Crane on “Frasier,” died in hospice care on Sunday at the age of 77, according to his publicist and TMZ, who first reported the news.

In addition to his 11-season run on “Frasier,” Mahoney had numerous film credits and theatrical roles with the Steppenwolf Theater Company. He won a Tony Award for his appearance in “The House of Blue Leaves,” reports CBS Chicago.

His film credits include “Moonstruck,” “Tin Men,” “Say Anything,” “Primal Fear,” “Barton Fink” and “Flipped.” He was also a prolific voice actor, with roles in “The Iron Giant” and “Antz” among others, according to the Washington Times. For his television and big-screen work, the English-born actor was nominated for two Golden Globes and two Emmys.

Actor John Mahoney has died, Steppenwolf confirmed Monday. What a loss to us all.

On “Frasier” — perhaps his most famous role — Mahoney’s character was the father of Kelsey Grammer’s character, Frasier, and his brother Niles, played by David Hyde Pierce. Crane, a retired police detective and army veteran, was a no-nonsense foil for his two sons. He won a Screen Actor’s Guild (SAG) award for this role.

RELATED: Kelsey Grammer is going to be a father for the seventh time, and his kids are ?super excited? for the new baby