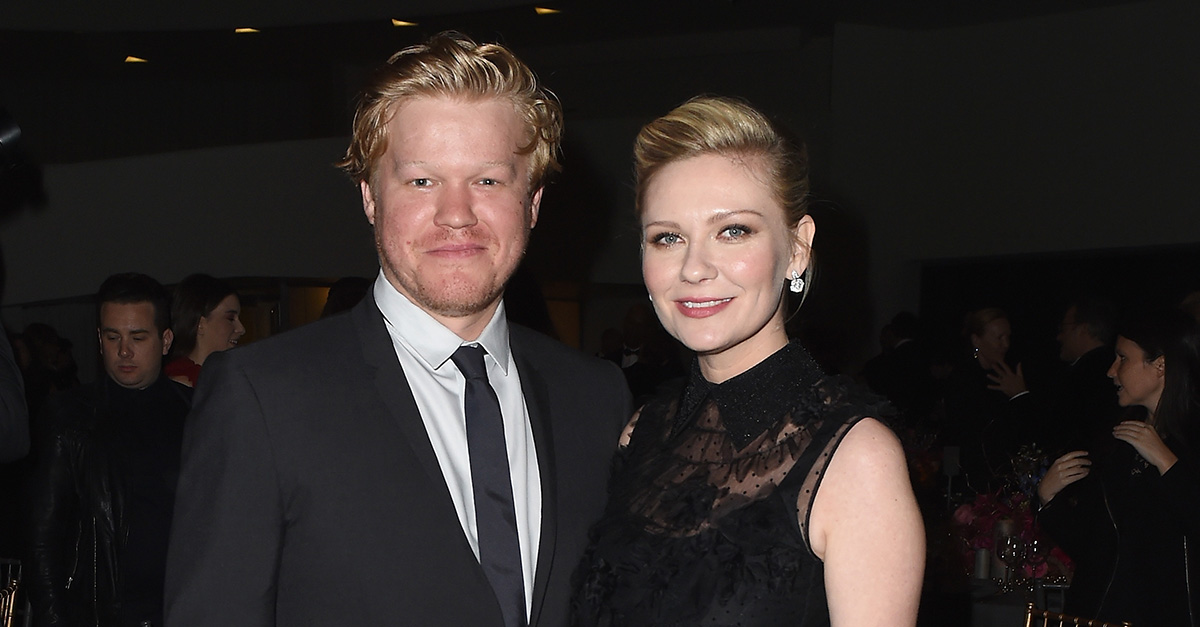 Former “Friday Night Lights” star Jesse Plemons and his famous fiancée Kirsten Dunst are expecting their first child together, according to a report in Us Weekly.

Back in 2014, Dunst spoke to the U.K.’s Red Magazine about her desire to have kids soon.

“I’m in baby mode, because two of my really good friends are pregnant right now. One of them is pretty chilled, and the other’s like, ‘I can’t wait to have a glass of wine!'” Dunst said. “I love it though. We’ve already picked her girl’s name; it’s done! I think 33 is a good age to have your first baby.”

Us Weekly also reports that Dunst, 35, and Plemons, 29 — who began dating after working together on the FX series “Fargo,” in which they played a married couple — will get hitched in Austin, Texas, in the spring of 2018.

“It was a gift,” Plemons said when the pair began working together. “I loved Kirsten’s work for a long time, and I was really excited once I?d met her, and she?s a great person. We’re both actors that just ? have fun with the material.”

It was revealed that Dunst and Plemons were dating in May of 2016, when paparazzi caught them kissing behind a fence. At the time, Dunst had only recently ended her relationship with long-term partner Garrett Hedlund. The “Bring It On” star had spoken to InStyle UK about her plans to marry Hedlund, but that obviously did not happen.

“I am someone who wants to get married,” she told the magazine. ” … If it happens in my mid-to-late 30s, it?s going to be intimate. Courthouse, dinner party and DJ with friends and family. I?ll treat it like it would be my 40th birthday.”

Plemons and Dunst aren’t the only expecting celebrity couple. “Full House” star John Stamos recently revealed to PEOPLE that he and fiancée Caitlin McHugh are expecting a child.

“We have the same morals and the same values, that all clicked nicely. So we said, ?Oh, well, maybe we should have a family,?? Stamos shared.

He revealed that his fiancée jokingly thought they should have a baby before getting married ?because [he?s] old.?