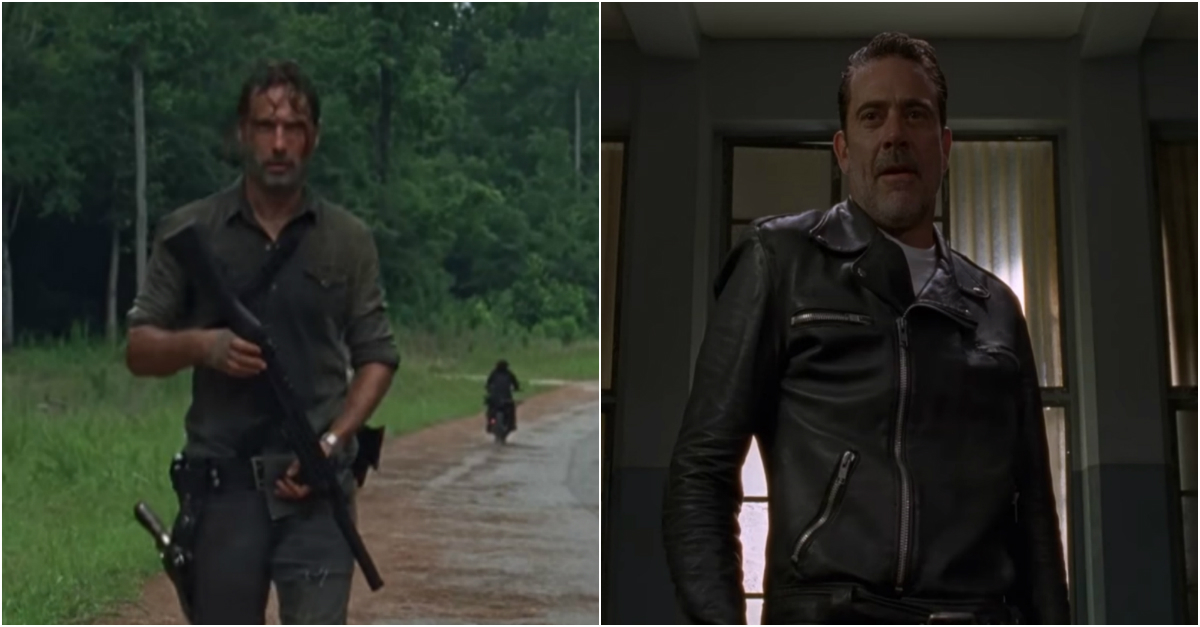 If you watch the show but have never read the comics, you may have missed one tiny, tantalizing detail in the season 8 premiere of “The Walking Dead.” It’s a detail that was almost certainly a hint at how the season the will end, so if you want to avoid spoilers, stop reading now.

At the end of the season 8 premiere, viewers briefly saw a flash-forward that featured Rick as an older man, living a quiet and calm life with his son Carl, daughter Judith, and “friend” Michonne. The action then returns to the present, where the grizzled present-day Rick whispers, ?My mercy prevails over my wrath.?

This wasn’t the first time that quote had been uttered. Earlier on in the episode, Carl meets a stranger at a gas station. The mysterious nomad doesn’t reveal his name, but he is clearly tired and possibly delirious. He reveals to Carl that he hasn’t eaten in days, and he isn?t even sure if Carl is real. As Carl approaches him, the man whispers ?May my mercy prevail over my wrath.? The stranger admits that the quote is from the Koran — based on this, it’s safe to assume that he’s a character named Abbud, who was described in a casting-call as ?an innately likable Muslim American whose nerves are, let?s say, jangled, because he?s flown solo for too long in zombieland,” according to TVLine. It also seems likely that ?Abbud? and a character named Siddiq from the comics are one and the same.

So why is it interesting that Rick utters the same words? Rick’s fixation with assassinating his rival Negan — the primary antagonist of the past few seasons — has been a key plot point, and Mashable hypothesizes that the “mercy” quote hints at an event from the comics in which Rick is has an opportunity to kill Negan, but ultimately decides not to — his mercy, it seems, prevails over his wrath.