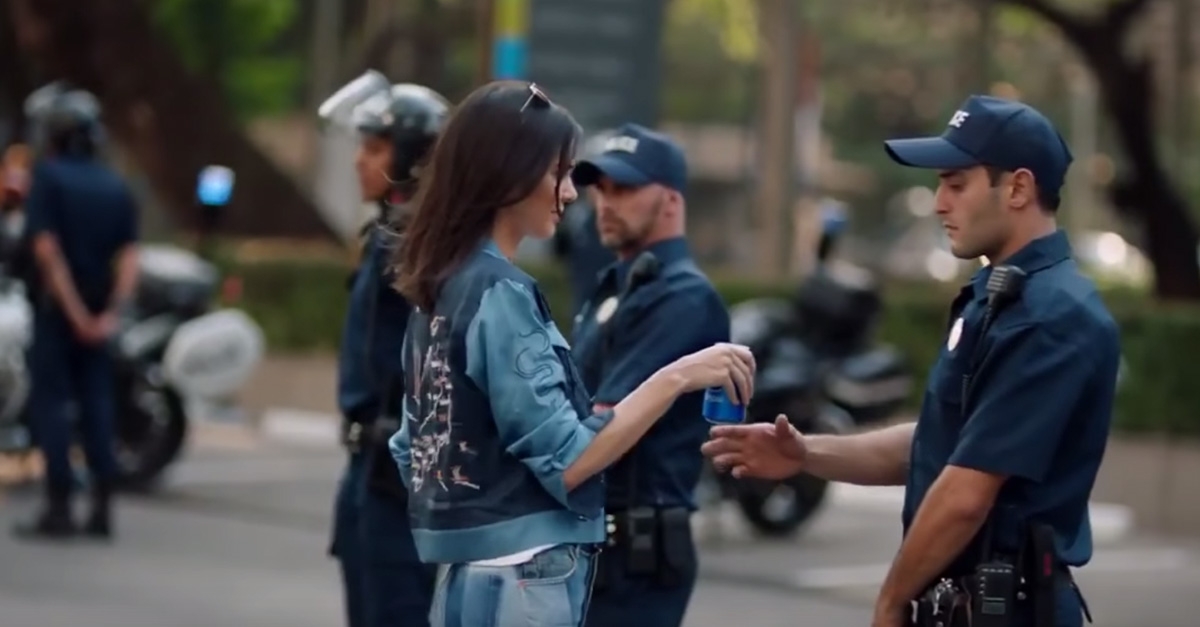 During an interview on Bravo’s “Watch What Happens Live,” Kim Kardashian opened up about how her sister felt about the negative backlash she received for being the face of a commercial that many felt trivialized protests associated with social justice movements.

“She totally understood at the end of the day, and she felt really awful for it,” Kardashian said of Jenner. “She just wants to move on from it.”

RELATED: Kendall Jenner was wearing pretty much no clothing at the Met Gala

The ad featured Jenner smoothing over tensions between protesters and police officers by handing an officer a can of Pepsi, a gesture that was widely criticized for being tone deaf. The immense amount of backlash caused Pepsi to pull the ad just one day after it aired. They admitted that they had “missed the mark” and apologized for putting Jenner in an uncomfortable position.

“I didn’t see it until it had already gotten the attention, so you obviously have a different perspective when everyone’s just saying something. I think I was traveling and I landed and I just saw all this stuff come up,” Kardashian continued. “I think any time someone does anything, they don’t have bad intentions — especially Kendall, who’s so sensitive. She would never mean for anyone to perceive anything in a negative way.”

RELATED: It’s getting warmer outside, and Kendall Jenner just posted a topless selfie on Instagram