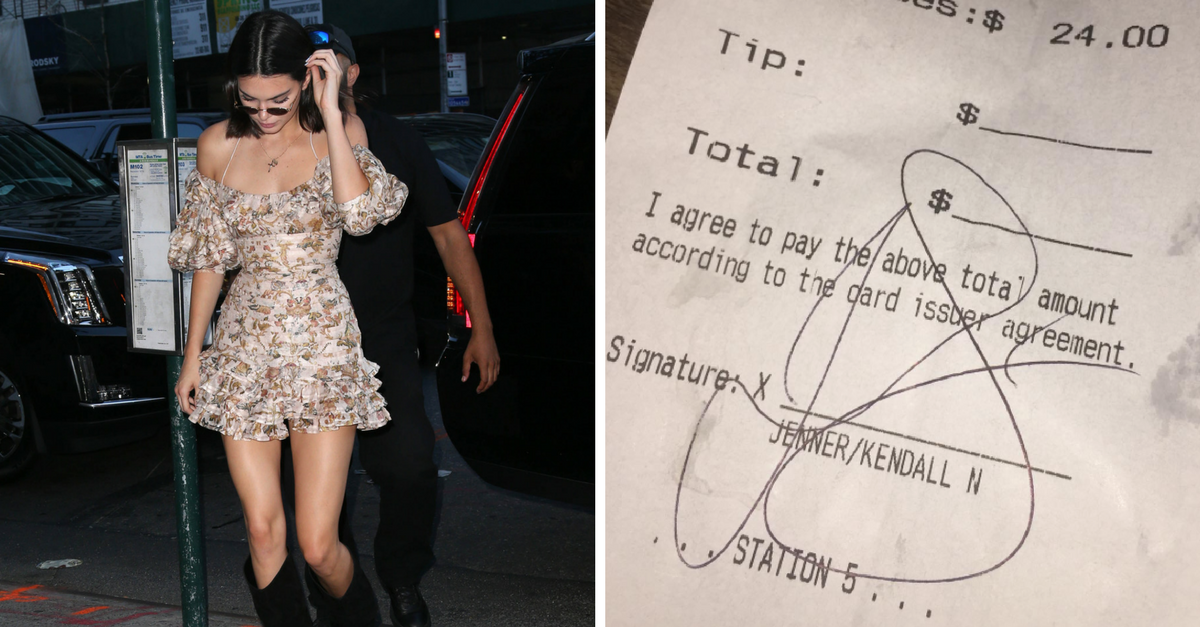 Kendall Jenner reportedly did not leave a tip on her tab at a Brooklyn bar earlier this week, and the establishment isn’t letting her live it down.

The Williamsburg bar Baby’s All Right took a picture of Jenner’s $24 receipt, upon which she left the tip field blank. While it’s unclear if Jenner left a cash tip, the venue still posted the photo to their Instagram account to publicly shame the model and reality TV star.

RELATED: Sharon and Kelly Osbourne give the Jenner sisters a public scolding for using Ozzy’s likeness to sell T-shirts

“Don’t forget to tip your bartender :),” the bar captioned the picture.

While there’s no date on the receipt, Jenner’s rumored boyfriend A$AP Rocky performed at the venue on Thursday night, leading many to believe that’s when she was there.

This isn’t the first time Jenner has found herself in the spotlight for her treatment towards service industry workers. She was previously accused of throwing cash in a waitress’s face after she and friend Hailey Baldwin allegedly failed to tip then as well. The “Keeping up with the Kardashians” star later refuted the story, saying she was “raised better than that.”

RELATED: A member of the Kardashian/Jenner family addresses Kendall’s Pepsi ad controversy for the first time