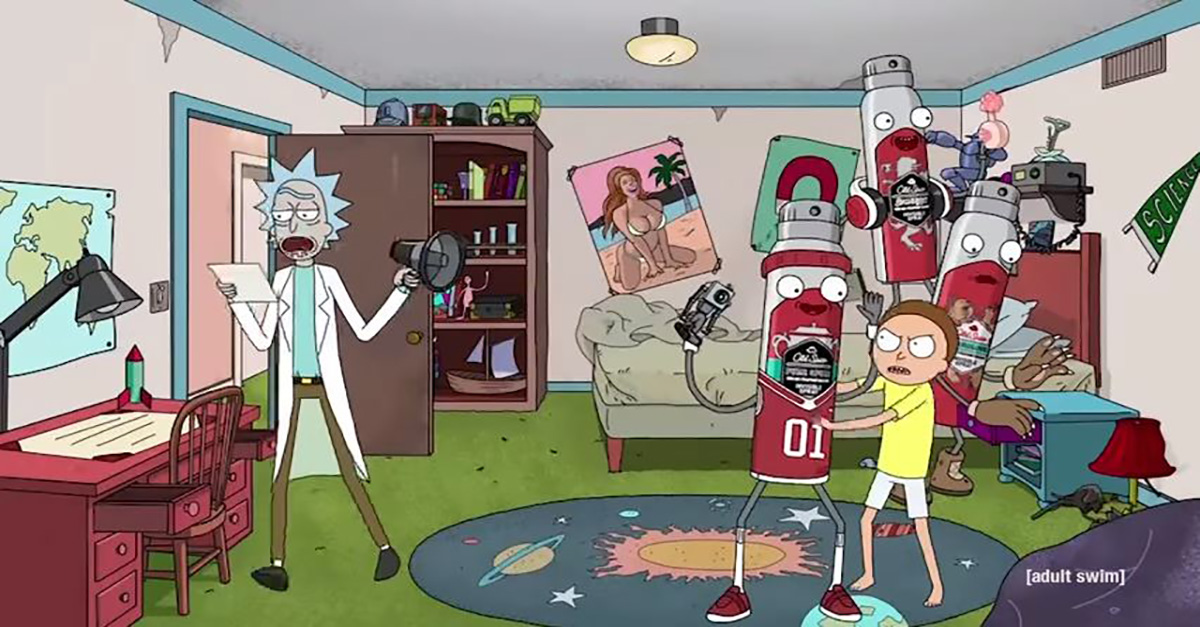 Adult Swim’s mega hit, “Rick and Morty,” is never short on hijinks. There was the time travel adventure that led to people scrambling for their own packet of McDonald’s Szechuan sauce, their non-canonical claymation story and multiple seasons worth of craziness.

The comedic show took a tragic turn recently when it killed off one of it’s most memorable characters, Butter Bot. The shocking death was both bizarre and devastating in a sponsored crossover ad with Old Spice.

Butter Bot was introduced in the cold open of Season 1’s  “Something Ricked This Way Comes” when Rick created the tiny bot while eating pancakes with his family. The non-sentient being’s first question was “What is my purpose?”

After doing the task, the bot once again asked “What is my purpose?” only to be told “You pass butter.” From then on, the bot suffered through a perpetual existential crisis over his singular function, and who couldn’t relate? (What are we really here for after all?)

Well, we may never know if Butter Bot finished its quest for meaning, because in the ad, it’s unceremoniously dumped into the gaping mouth of a cartoon deodorant can.

We’re not positive if this means the fan favorite is gone for good, but until we know otherwise, we’ll have to comfort ourselves with the many idols made in his form — the life size flamethrowing bot is a personal favorite.