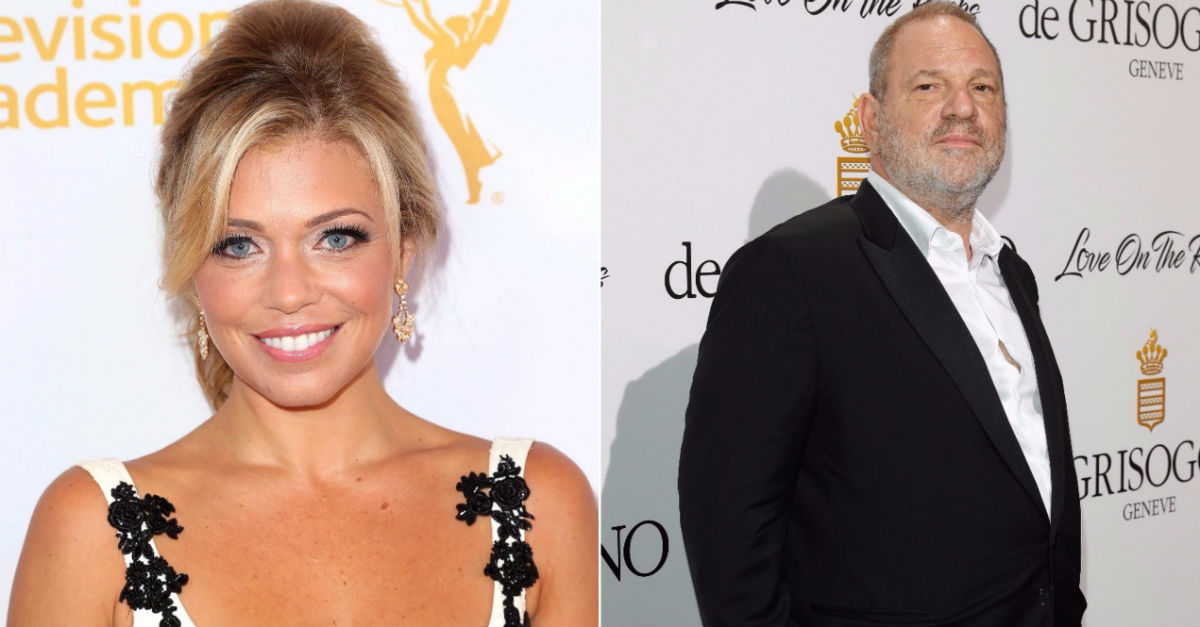 Lauren Sivan told HuffPost that Weinstein trapped her in a restaurant hallway a decade ago and began to touch himself inappropriately in front of her. At the time, Sivan was a reporter for Long Island 12, a local New York cable channel. She said that she met Weinstein, a friend, and others at an Italian restaurant. The group then made their way to a Cuban-theme club and restaurant when Weinstein offered to take her on a private tour of the club’s then-closed kitchen.

She said that she met Weinstein, a friend, and others at an Italian restaurant. The group then made their way to a Cuban-themed club and restaurant where Weinstein offered to take her on a private tour of the club’s then-closed kitchen.

While in the kitchen, Weinstein dismissed two staffers who were cleaning. Sivan said that as soon as they were alone, Weinstein attempted to kiss her. She rejected his advances and made it known that she had a long-term boyfriend. Weinstein then asked her to “stand there and shut up” while he masturbated in front of her, leaving her stunned. She was also trapped between Weinstein and the exit. She and her friend quickly left following the encounter. Sivan says that Weinstein contacted her the next day saying he “had a great time last night” and asked if she wanted to meet him after a trip. She told him no and ended the call.

Her friend, who was present at the restaurant, and several sources, who shared similar experiences with Weinstein and spoke on the condition of anonymity, corroborated several details in Sivan’s story. Sivan tweeted the interview on Friday, saying that she was lucky enough to not need a job or favor from Weinstein at the time of the incident.

Yeah. This happened👇🏽luckily I didn't need a job or favor from him + didn't have to be polite. Others did. Keep that in mind. https://t.co/mXs2RIU5kU

Though she spoke privately of the encounter, Sivan said that she did not speak of the incident publicly out of concern for her long-time relationship and fear of backlash. She also tweeted an explanation.

For those asking why I waited?
YOU try telling that story 10yrs ago. Only possible now because of women with bigger names far braver than me

RELATED: Harvey Weinstein’s wife is “100 percent” behind him amid sexual harassment claims