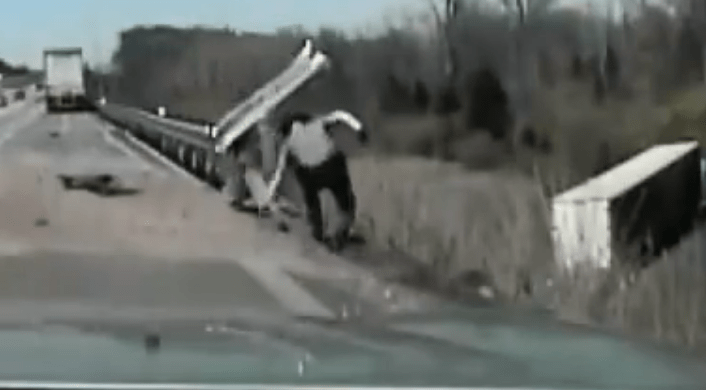 An Ohio state trooper is being honored for his heroic and swift lifesaving action.

Earlier this year, Eric Devers arrived at the scene of an accident and rushed to a semi-truck that had run off the road to find its driver still buckled in, barely breathing, The Huffington Post reports.

After Devers got to the driver, the man’s eyes rolled back and he stopped breathing. Paramedics wouldn’t be at the scene for another 12 minutes, so Devers took action and performed CPR.

The man began breathing on his own. Paramedics arrived, and transported him to a nearby hospital, where he made a full recovery.