A week after NBC fired him, disgraced anchor Matt Lauer is a shell of his former self 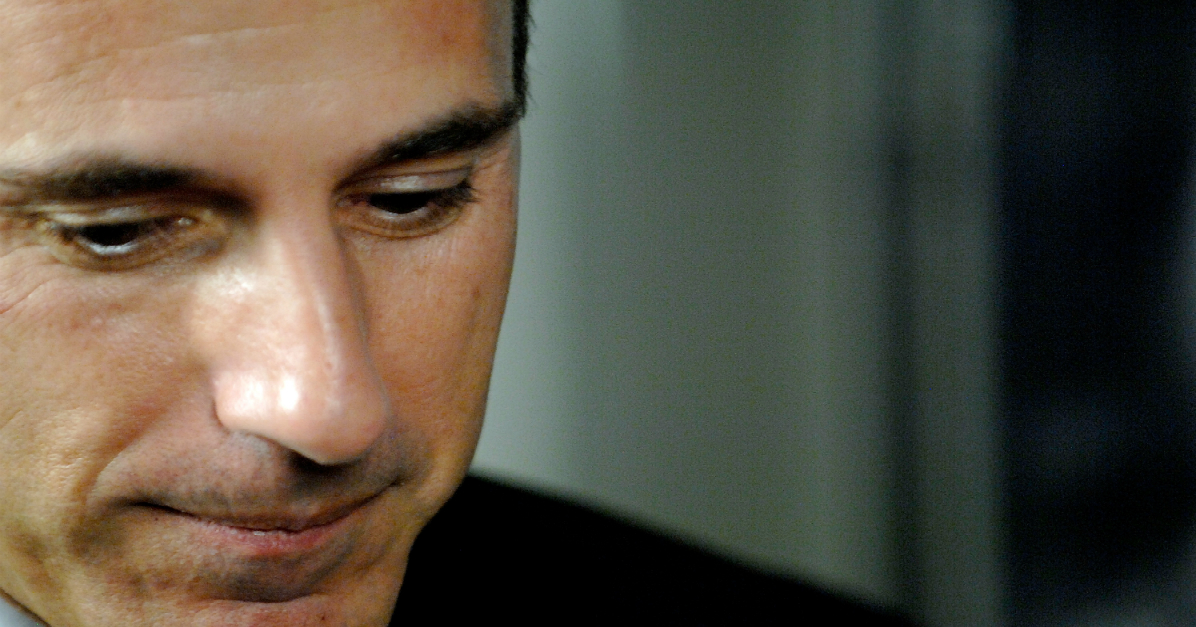 Disgraced anchor Matt Lauer may never bounce back from his firing, according to a new report in PEOPLE.

?He is weak and broken and ashamed by his own admission,? one of Lauer?s former TODAY colleagues told PEOPLE.

?He is my friend,? the source adds. ?He is human, and he is flawed. But is he going to use his power to be a predator on women? Until I see solid evidence of that, I just can?t believe it. We don?t know the details.?

RELATED: Rumor has it, this is who is on the short list to replace Matt Lauer on ?TODAY?

The news of Lauer’s inability to recover from the fiasco comes a few days after a report in Us Weekly.  The report suggested that a ?really terrible vibe? had swept over ?TODAY? in the wake his firing.

?Savannah [Guthrie] is devastated,? an insider told the magazine. ?She and Matt were really close.?

On the morning of Wednesday, Nov. 29, NBC News chairman Andrew Lack sent an email to staffers saying Lauer had been fired following a complaint of ?inappropriate sexual behavior in the workplace.?

Lack continued, ?We were also presented with reason to believe this may not have been an isolated incident.?

?There are no words to express my sorrow and regret for the pain I have cause others by words and actions,? Lauer said in the statement. ?The last two days have forced me to take a hard look at my own flaws.?

Apparently, many of Lauer?s co-workers were surprised by the news. ?They knew Matt was flirty and playful and may have had relationships over the years, but what they knew of those relationships was that they were consensual, and they weren?t aware they went beyond that,? the source told Us.

The mood in Studio 1A became solemn after Lauer was fired. ?Execs treated it as if Matt had died. It was very somber,? a separate source told Us. ?The usual editorial meetings that have about 30 or so people were now 200 people, because execs were addressing the situation with everyone. They were transparent and opened the floor to questions.?

RELATED: Media figures knew the rumors about Matt Lauer for years ? and told some disgusting jokes about him

In 2016, the disgraced anchor appeared on ?The Meredith Vieira Show? and she told the audience that she once found a ?huge bag of sex toys? in Lauer?s closet.

Vieira didn?t remember the segment but sex therapist Dr. Laura Berman recently revealed that he was telling the truth.

?We were in the makeup room and he sort of asked the makeup artist to leave,? Berman said in an interview with Inside Edition. ?He asked me about sexual aids and devices. He confided in me about some of the struggles he was having in his married relationship.?

Berman said that Lauer was uncomfortable going into a sex shop himself so she gave him items from her own line of adult toys.