A year after her death, “Mob Wives” star Big Ang’s memorial mural is in danger of being erased 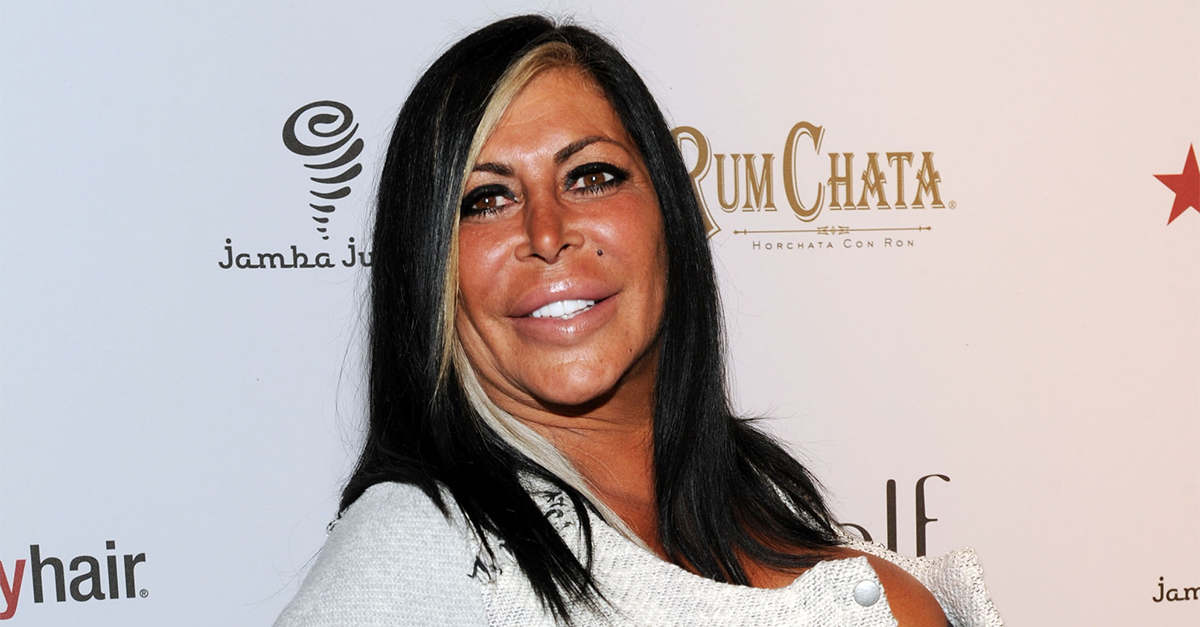 “Mob Wives” star Angela “Big Ang” Raiola passed away at the age of 55 on February 18, 2016 after battling both brain and lung cancer. The reality star was the niece of the Genovese crime family’s Salvatore “Sally Dogs” Lombardi, according to Page Six.

Shortly after her death, a big mural of Big Ang was unveiled on the side of the baby clothing boutique owned by her sister, Janine Detore, on Staten Island, New York. The mural reads, “I’m not here for a long time, just for a good time.”

Our beautiful memorial on the side of the Country Mouse building. We encourage everyone come see it and take pictures with her. It's beautiful and is just what my sister would want. Thank you to everyone who came out yesterday to the unveiling💋

RELATED: Relive some of Big Ang’s best moments ever in this montage that is suddenly heartbreaking

However, now the mural is in danger of being covered up entirely. According to Page Six, Detore’s landlord told her certain people in the community find the mural to contain offensive characteristics.

“How could it be offensive?” Detore told TMZ. “My sister practically put Staten Island on the map.”

Detore has filed a petition on Change.org in order to gain moral support in the community and turn the tide of public opinion. She claims that since she doesn’t own the building where her store is located, she needed to get approval from her landlord before painting the mural — and she got it. She had the mural painted shortly thereafter. Detore also says that she has received an “overwhelming” amount of support from people in the year and a half since her sister passed away. It was only a few weeks ago that her landlord brought any complaints about the mural. She concluded her emotional plea with this:

Big Ang, has done so much for the Staten Island community between Hurricane Sandy and the charity work she’s done for special needs children. People have no problem coming into my store and asking for donations, which I’m glad to give, but my landlord wants to tell me it’s ‘upsetting people,’ which I think [is] a lie. I hope I am able to gain moral support and have a bunch of petitioners sign this campaign so that my sisters mural DOES NOT GET PAINTED OVER!

As of this writing, the petition needs 60 signatures to reach the goal of 5,000.