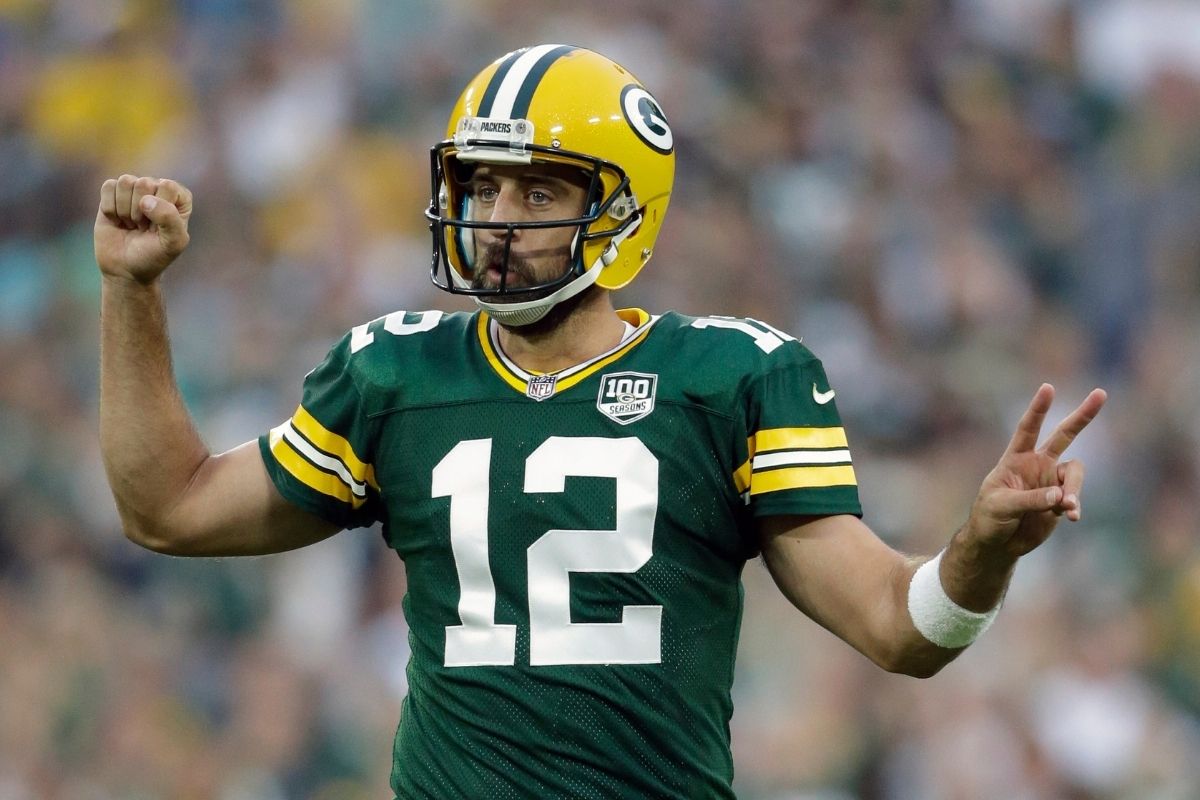 When you think of NFL players, you likely don’t link them to game shows. That was until Aaron Rodgers stepped in as a guest host of Jeopardy! after the tragic passing of Alex Trebek. Surprisingly, the Green Bay Packers quarterback is not the first football player to take on the role of a game show host.

After being selected in the first round of the NFL Draft by the Packers, Rodgers has had a successful NFL career. He is a three-time MVP, only the sixth player in the league to win the title three times. He’s taken his team to four NFC Championship games and led them to a Super Bowl win in 2011. The Packers QB is recognized as being one of the greats. You can’t turn on ESPN without seeing his highlights! In 2011 he was also named Associated Press Athlete of the year and was then voted lead MVP by The Associated Press for 2011, 2014, 2020 NFL Seasons. He is the third on the NFL’s all-time regular-season career passer rating.

The quarterback recently made major headlines after announcing out of the blue that he was engaged to Big Little Lies star Shailene Woodley. They were first linked in early 2021 and revealed their engagement days before the media had reported they were dating.

Jeopardy! is one of the most beloved game shows. After the passing of host Alex Trebek after a battle with pancreatic cancer, the show wanted to honor him by trying out some guest-hosts rather than rushing in a new permanent host. We’ve seen former Jeopardy winner Ken Jennings fill in, as well as a handful of celebrities like Savannah Guthrie, Mayim Bialik, Katie Couric, and Dr. Mehmet Oz take on guest-hosting stints.

While Ken Jennings had the most votes to take over the full-time role, it was quarterback Aaron Rodgers, a Celebrity Jeopardy! winner back in 2015, who had the second-most votes. If he took over the full-time gig, he wouldn’t be the first football player to do so.

The First NFL Player to Host a Game Show

Believe it or not, San Diego Chargers kicker Rolf Benirschke was the host of Wheel of Fortune for an entire year back in the 80s! Pat Sajak took a brief hiatus from the show to try his hand at hosting his own late-night show. Benirschke landed the gig after he appeared on a local Los Angeles news broadcast to talk about a disease he suffered from.

It went so well that the creator of the show, Merv Griffin, offered him the hosting position after seeing it unfold. He spent a year as the host of the show, eventually being replaced by the original host. He did get to spend a year with Vanna White, though! So, if Rodgers does become the full-time Jeopardy! host, he’s in good company. Benirschke and Rodgers happen to be members of the same golf club, so maybe he can get some pointers while on the green.