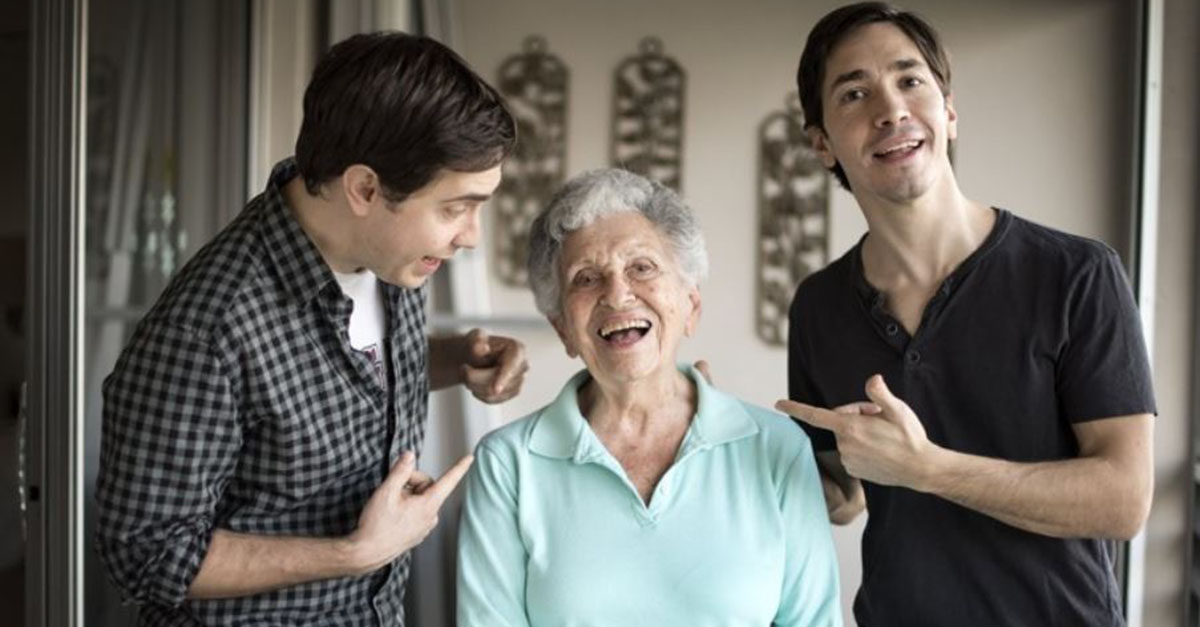 While Long insisted the focus be on his grandmother, who has lived in the Palm Beach area since the 1970s, the two couldn?t help but joke around during a video interview. When asked what she thought about her famous grandson?s acting, Long reached in his pocket, pulled out a few dollars and handed them to his grandmother.

?What are you doing?? she asked.

?So pretend that you like me,? Long said, handing her the bills as she patted his cheek.

Lesniak said her grandson showed a knack for show business early with claymation videos he made and sent to her.

Since then, Long has acted in more than 70 movies and television shows, including ?The Break-Up,? with Jennifer Aniston and Vince Vaughn, ?Live Free or Die Hard,? with Bruce Willis and ?The 70?s Show? and ?King of the Hill.?

Lesniak said she has watched nearly all of her grandson?s movies — except the 2014 comedy horror film “Tusk,” in which Long is mutilated and behaves like a walrus.

But she thinks Long?s other work is ?terrific.? Taped to her Lake Worth living room wall is a yellowing, full-page ad from the New York Times that features Long with co-star Drew Barrymore from the 2010 film ?Going the Distance.?

She liked her grandson very much as the voice of Alvin in the Alvin and the Chipmunks movies. And she especially likes his ongoing prank calls.

?I prank call my 100-year-old grandmother, okay,? Long acknowledged. ?But I think she?s on to me now. Earlier in her 90?s it was easier to get away with it.?

Long is one of four grandsons in a close family. Long?s mother Wendy, his brother Christian — who have also had acting careers — and an uncle flew from Connecticut and New York to celebrate with Lesniak at one of her favorite restaurants, Four Brothers Italian Restaurant and Pizzeria in Lake Worth.

After some prodding, Lesniak — who still makes her own gnocchi, goes to church, watches ?Wheel of Fortune,? asks a lot of questions and does her own grocery shopping — attributed her long life to moderation and ?thank God that you are here each day.?